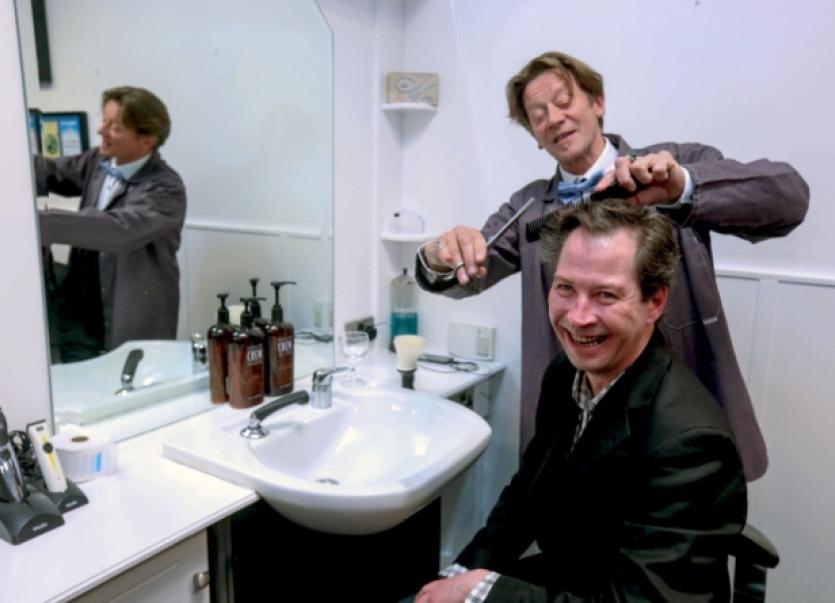 MYLES Breen has been thinking about the idea for his latest play for nearly four years, allowing it to “bubble around in his head”, he says.

MYLES Breen has been thinking about the idea for his latest play for nearly four years, allowing it to “bubble around in his head”, he says.

Natural rocrastination and a busy career allowed it to slink onto the back burner.

City of Culture funding has forced it to the fore, and given the celebrated Limerick actor, director, playwright and co-founder of Bottom Dog Theatre Company a deadline to fixate - and vexate him.

“The idea for this play has been in my head for three, maybe four years, and bubbling up,” he says.

“I always knew there was six in the cast and it had a big set - it is all set in this naturalistic barber shop - and unfortunately that all cost money.

“So in one sense, while it was in my head, I was putting it on the long finger, but then we got funding from City of Culture. That meant I had to sit down and write it,” he laughs.

“A play always starts with words on a page but then it takes on a life of its own, and other people bring their own energy to it,” he says modestly, “but it is an exciting process.”

The play is The Bachelor of Kilkish, Breen’s second after the superb and slightly auto-biographical Language Unbecoming a Lady, which has toured nationally and put Bottom Dog on the map.

It will be the company’s biggest since the Revengers Tragedy in 2009 and sees them move to the much larger Lime Tree Theatre in June - following from the keen success of the excellent and atmospheric What Happened Bridgie Cleary.

Directed by fellow company founder Liam O’Brien, the play the story of a sixty five year old barber in a small seaside resort, whose place in this community is dramatically changed over the course of a summer.

It is a place many will know and relate to.

“I have always been fascinated by small communities - and this is a fictional seaside town, somewhere between Kilkee and Kilrush,” says Myles.

“While set in the summer season, it is all about the core community and the people who live in the town and how they relate to people who arrive from outside,” he adds.

The production is a major and significant one for Bottom Dog, who deserve the substantial support awarded to them by City of Culture to attempt to leap to a larger stage and features Brendan Conroy in the lead role.

“All involved with Bottom Dog are extremely proud and passionate Limerick people and we are extremely honoured to be presenting a truly large scale theatre production as part of the ‘Made in Limerick’ strand of this year’s City of Culture,” said Liam.

“This allows to produce a full blown professional production like this which has not previously been possible and also bring an amazingly talented cast together who will live, sleep and spend in Limerick over the next 6 weeks.”

The Bachelor of Kilkish runs in the Lime Tree from June 11-13.