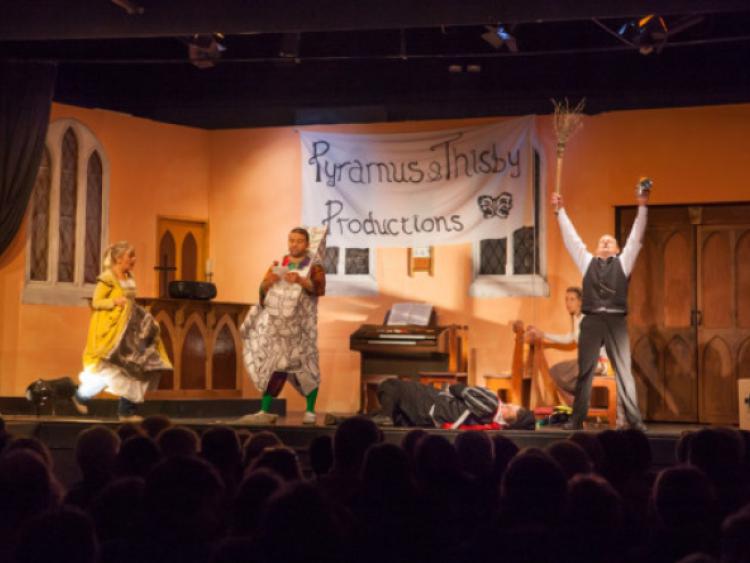 THE importance of the amateur drama movement in Ireland cannot be over-estimated, poet and former am-dram actor Gabriel Fitzmaurice said when he officially opened the second West Limerick Drama Festival in Knockaderry at the weekend.

THE importance of the amateur drama movement in Ireland cannot be over-estimated, poet and former am-dram actor Gabriel Fitzmaurice said when he officially opened the second West Limerick Drama Festival in Knockaderry at the weekend.

And he cited how John B Keane’s play Sive, turned down by the Abbey Theatre, had won the All-Ireland Drama Festival in 1959 before going on to take Ireland by storm - and then the professional drama world.

Apart from promoting writers like John B, Mr Fitzmaurice said, amateur drama “had brought to the villages and towns of Ireland the finest plays from home and abroad.”

The amateur drama movement also provided an education to an “often inward-looking community”. “Local men and local women, local boys and girls, proving themselves, and by inference their community, equal to the best of world literature,” he said.

Amateur drama was, and is, a place where local actors transform themselves and their audience, creating a world of the imagination where everything is possible, Mr Fitzmaurice argued.

The second West Limerick Drama Festival “couldn’t happen in a better place”, he continued. “Knockaderry has a distinguished history of drama and this festival is full of delights.”

Capacity crowds shared Mr Fitzmaurice’s view over the first three nights of the festival, which opened with a performance by the home-team, Knockaderry Drama Group. Banagher Drama Group from Co Offaly and the Dooega Drama Group took the other two spots.

The festival continues this weekend. Feoghanagh Castlemahon bring Barndance by John Fraher to the stage this Friday night. This will be followed on Saturday by John B Keane’s Many Young Men of Twenty and on Sunday night, John Millington Synge’s The Playboy of the Western World will end the festival on a high note.

Nora Relihan, who acted in the first production of Sive in 1959, is this year’s festival adjudicator.