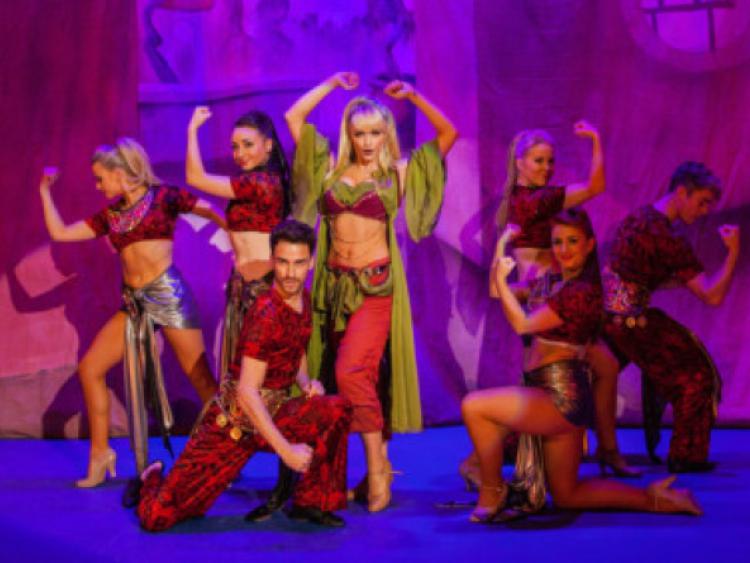 POP princess Leanne Moore is back in her second stint as panto queen this Christmas, swapping the role of Cinderella for Aladdin’s love interest Jasmine this time out.

POP princess Leanne Moore is back in her second stint as panto queen this Christmas, swapping the role of Cinderella for Aladdin’s love interest Jasmine this time out.

The Limerick singer and actress, a regular celebrity columnist on TV3’s Ireland AM and Xposé, was the star of the University Concert Hall’s panto last year and returns to team up with Kamal Ibrahim’s Aladdin and Twink this December, a fully committed, card-carrying member of the panto appreciation society.

“It is part of Christmas and you are definitely never too old for panto, you just have to loosen up and leave all your inhibitions at the door,” she laughs.

“I had never seen Aladdin as a panto before, just never got the chance, it was one I hadn’t seen,” she admits.

“When you are telling the fairytale of Cinderella like last year, it has to be really true to the story, whereas with Aladdin you have probably got a bit a bit more room - I just think it is absolutely hilarious.

“It was very funny last year, but this year they have definitely stepped it up a gear.”

Joining the You’re A Star winner, Mr World and Widow Twinkee are Richard Lynch and Myles Breen as the Emperor and the Policeman, Richie Hayes as Wishee Washee and Adam Lawlor as Abanazer.

Complete with songs by Katy Perry and Michael Buble, it is safe to say the show is something of a riot.

“The role is great fun and I just love dressing up and doing the whole make-up thing - and going out on stage, I am just delighted to be a part of it,” says Leanne.

“If they want to bring me back as the baddie next year I’d love that too. I am practising my evil laugh.

“I am approaching a nice age and to get to play princesses at this point in my life is a very nice thing to do! I think it is the dimples, they make me look younger,” laughs Leanne, who claims to be “21 in panto years”.

“It is fast paced, funny, mental and great Christmas fun for all the family. Oh yes it is!”

Aladdin, running in the University Concert Hall until January 5. See UCH.ie for details and tickets.