Young and old unite for Safety Street drama in Limerick 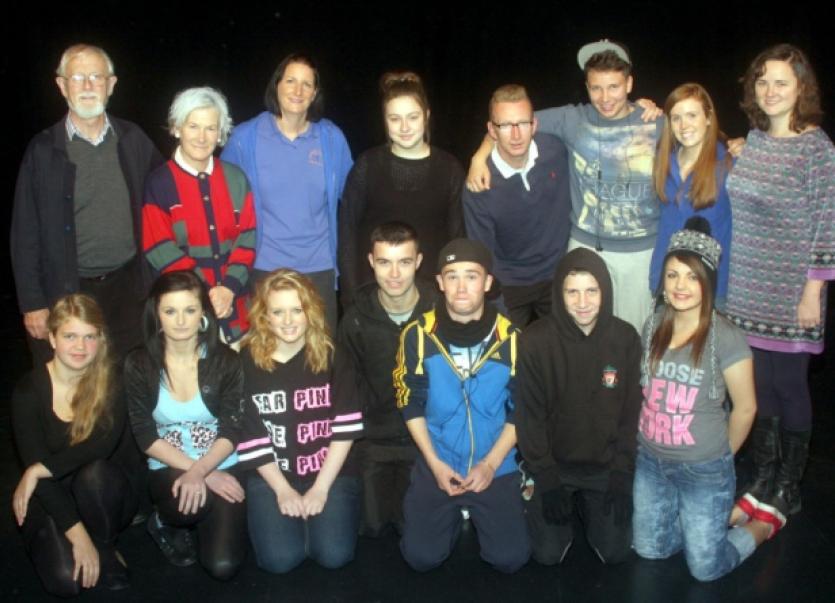 SECONDARY schools from all around the city and county attended the fourth annual Safety Street initiative this week.

SECONDARY schools from all around the city and county attended the fourth annual Safety Street initiative this week.

This year’s performances took place on Wednesday and Thursday, October 16 and 17, at 69 O’Connell Street, formerly the Belltable Arts Centre.

In association with Limerick City Community Safety Partnership Ltd, this year’s hour-long show of dialogues was about creating awareness for the elderly, in terms of isolation, loneliness and the services provided for elderly people.

According to organiser Geraldine Tuite, this year’s drama raised a number of issues with the relationship between young and old people.

“It is the fourth year we have been running Safety Street. Over the years we have looked at different types of issues, such as anti-social behaviour in 2010; the life of an ex-drug addict in 2011; bullying in 2012; and this year, we have it on raising awareness on the relationship between young and old people.

“There are false perceptions of both young and old people out there. For example, that young people don’t care about old people, which is wrong. Because young people can feel isolated, too. It’s not just the old. So we want to create awareness about young and old isolation and the services that are available for the elderly,” she said.

Because of the length of the show, Ms Tuite said it would be easier for the students to “digest” the intended message.

“In order to create awareness for it, we have schools coming over to both act and view the short drama that we have on. It’s only 45 minutes so they will be there for around an hour. Pretty much, the message is about how people, young and old, should come together to support one another.”

Before the shows, the organisers were expecting a packed house for the two days.

“We will be expecting in excess of 1,000 people to see the drama over the course of the two days it is showing. And it’s not too long either, so we are hopeful that they will take in the message of the show, and learn about the services that are available for the elderly.”

The two-day drama was written, directed and produced by Ann Blake, who is a Limerick-based theatre practitioner.