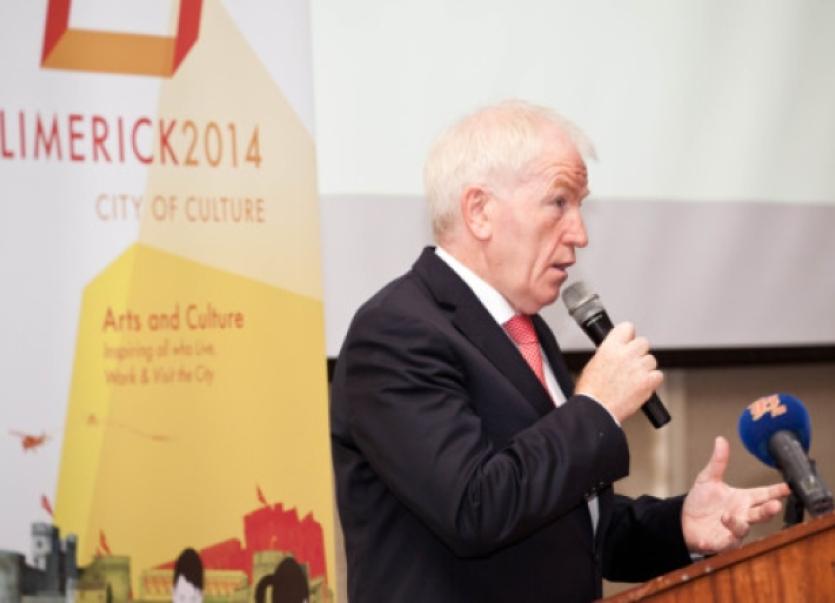 Minister for the Arts Jimmy Deenihan has said he is hopeful the Belltable Arts Centre will reopen in time for Limerick’s term as Ireland’s City of Culture in 2014.

Minister for the Arts Jimmy Deenihan has said he is hopeful the Belltable Arts Centre will reopen in time for Limerick’s term as Ireland’s City of Culture in 2014.

His department contributed over half of the €1.3 million capital costs for the refurbishment of the centre in 2010 and he is keen to see that the money is not wasted now that the company has gone into liquidation.

“Obviously the Belltable has had some difficulties but they will in time hopefully be resolved and the Belltable is still a very good facility. It was upgraded and I opened the new facility there myself. Hopefully in the future it can be brought back into use again. I am hopeful it will be in use again in the near future and certainly, I hope, in time for 2014,” the minister said.

He was not involved in any discussions on the centre’s financial problems and told the Chronicle he was not aware of any talks involving his officials.

“But obviously we will be once this process is gone through with. We would hope it will be reopened again because Limerick needs it and the centre of Limerick especially which has no arts facility.”

Speaking at city Hall, the minister said he had earlier visited Moyross and Southill in connection with the preparations for the City of Culture.

“I’m very confident that Limerick will rise to the challenge. It is the inaugural one so it is very important that it is successful,” he said, expressed a wish that the Belltable would “play a very important role in the City of Culture as well.”

Costs associated with the refurbishment are central to the difficulties of the Belltable company, which went into liquidation last month with debts in excess of €2.3 million.

At a stormy meeting last week, the board of directors were accused of ineptitude and mismanagement by out-of-pocket creditors, who include not just the builders but theatre companies and entertainers such as musician Julie Feeney and comedian Kevin McAleer.