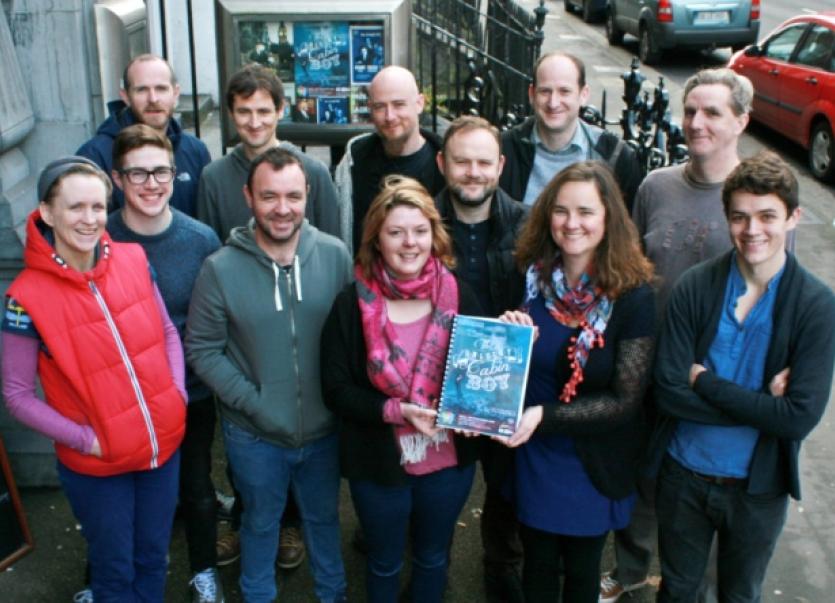 DAVID Blake, as songwriter and frontman - along with his siblings Ann and James - of the band The Brad Pitt Light Orchestra, knows plenty about being nervous on stage, and about conquering those fears.

DAVID Blake, as songwriter and frontman - along with his siblings Ann and James - of the band The Brad Pitt Light Orchestra, knows plenty about being nervous on stage, and about conquering those fears.

Put on stage with those siblings, plus drummer Jamie O’Neill and a cast in a musical he penned the songs for and David honestly admits to the presence of those nerves and yet, while there is pleasure in the experience, he smiles that the responsibility is “better shared” in such a collaborative experience as this production allows.

Blake, along with playwright Mike Finn and director Paul Meade, is discussing the return of The Unlucky Cabin Boy, the musical the trio produced for City of Culture last year and which returns to the high seas this November - both for a national tour as well as a return to the Lime Tree, where it premiered.

Telling the dramatic, true tale of the Francis Spaight, a ship that left Limerick Docks in 1835 and the fate that befell its crew - and the titular Cabin Boy - the musical was a unique theatrical experience that saw the band perform the songs in full on stage and as part of the cast.

The vaudevillian, theatrical lifeblood of the Brad Pitts and Blake’s textured songs were a great match for Finn’s adaptation of the tale.

The affecting story of hardship, sacrifice and the will to survive - plus a grisly sideplot of cannibalism aboard a ship left adrift - was affecting and poignant, as well as powerful and uplifting, thanks in no small part to the powerful harmonies belted out by the Blake siblings and the cast.

David expresses considerable pride both in bringing such a Limerick story to life and that a significant part of City of Culture is to be again returned to the stage. But the experience was quite a novel one for him both as performer and songwriter.

“It was nerve wracking but you have to lose the self consciousness, because even though you perform on stage, it is a different type of thing - different parts of you are exposed,” he says.

“To be able to sing songs written within a show that is built around it, there was a lovely moment last year when the sets were being built and there was a sense of, you write songs and record them, but people are actually physically building something because of all this - there is a physical output,” he laughs.

“I found that very exciting. So it was great, I thoroughly enjoyed seeing things come to life and be able to be part of it. Also, because it is a bigger group rather than just a band - there is a nice sense of a shared responsibility and it is not about you,” he laughs.

The story of deck hand Patrick O’Brien - immortalised in a short story by Jack London - is a startling one, with dark overtones. Yet the Pigtown author Finn has infused it with humour, bringing his customary wit to a dark tale.

Allied with Blake’s songs - some period music, shanties, music hall, anthemic stuff, a bit of trad - and this is a winning combination both in musical and theatrical terms.