Andy Lee to swap the boxing ring for the theatre 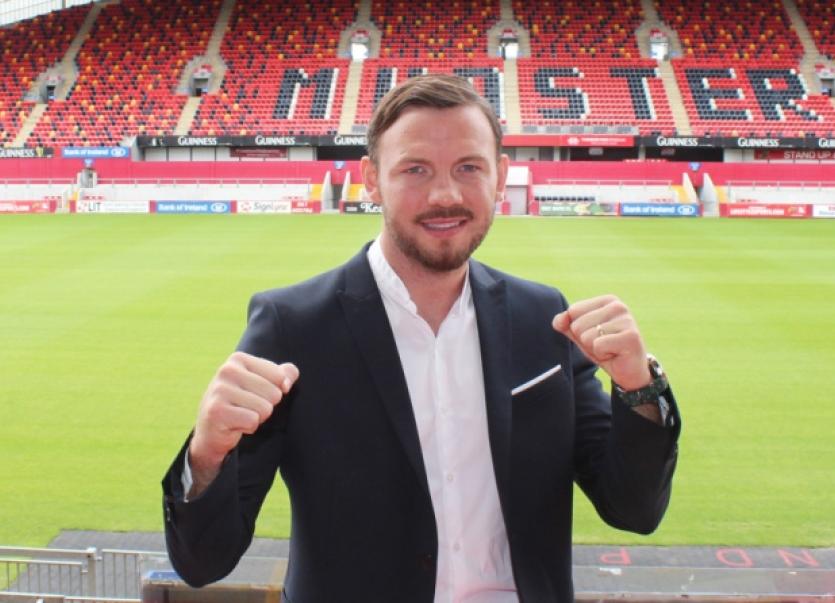 JUST five days after taking on Billy Joe Saunders in a “once in a lifetime” title fight in Thomond Park, boxer Andy Lee will swap the ring for the stage at the Dublin Theatre Festival.

JUST five days after taking on Billy Joe Saunders in a “once in a lifetime” title fight in Thomond Park, boxer Andy Lee will swap the ring for the stage at the Dublin Theatre Festival.

The 31 year old Castleconnell man, who will defend his WBO middleweight title on September 19, has been cast in a “multilayered, metatheatrical” play about Russian playwright Anton Chekhov.

Chekhov’s First Play, directed by Bush Moukarzel and Ben Kidd, will be staged at the Samuel Beckett Theatre as part of the festival, running from September 24 to October 4.

According to the promotional material, Dead Centre, creators of the OBIE award-winning LIPPY, “return to do injustice to a great playwright; Chekhov before he was Chekhov”.

It also declares that the play “contains nudity, strong language and loud and sudden noises”.

Lee has long been interested in theatre and the arts in general, influenced by wife Maud Ní Riordáin, a member - along with her sister Zoe - of top Irish band Maud in Cahoots.

Having hopefully disposed of Saunders in front of a capacity crowd of 30,000 people at Thomond Park, Lee will head to Dublin to prepare for the play.

Dublin Theatre Festival director, Willie White, said Lee was confident he can “knock Saunders out and then get up on stage”.

“Andy is fighting one of the biggest boxing matches in Irish history the week before we open which is cool,” said director Bush Moukarzel, who described the Limerick man as a “knockout actor”.

The boxer is currently locked in training in Surrey, preparing for the fight with trainer Adam Booth. He will arrive in Limerick ten days ahead of the fight, tickets for which are believed to be selling briskly.

Lee said at the recent press conference in Thomond Park that the fight would be “a global event that will be seen all over the world and I am very proud to be able to do that.

“To bring this to my city is an honour and in some ways I will be repaying all the support that the people of Limerick have given me since I was an amateur,” he said.