Beautiful Dreamers is a ‘conversation’ with Limerick city 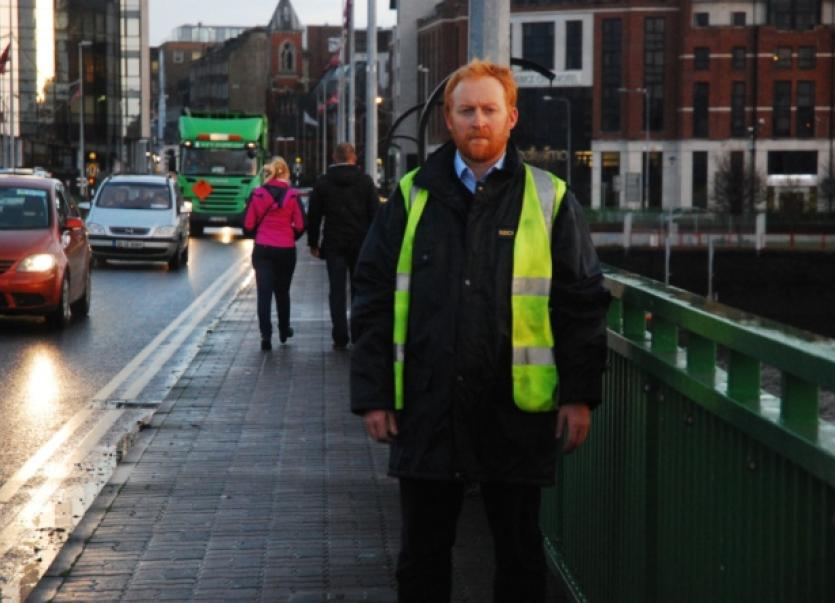 TWO of Ireland’s leading creators of theatrical experiences and immersive art are coming to Limerick to perform a new theatre piece for City of Culture, one that is shrouded in secrecy.

TWO of Ireland’s leading creators of theatrical experiences and immersive art are coming to Limerick to perform a new theatre piece for City of Culture, one that is shrouded in secrecy.

Beautiful Dreamers, created by ANU and The Performance Corporation, is described as a “conversation with a city” and the creators have been coming to Limerick for the best part of a year to put together the piece.

Through interviews with Limerick people, both chance and arranged, a story has been weaved together that will take place at a series of secret locations in the city later this month.

“It is not a traditional play that people might be used to going to, it doesn’t take place in a theatre first of all,” explains Tom Swift, writer.

“Both companies make work that is site specific in all sorts of unusual places. It is a collaboration between two companies with slightly different styles,” he adds.

Swift would normally write a script before a production commences rehearsals, while Anu’s Louise Lowe prefers to work using the devising process. For Beautiful Dreamers the collaboration has been a “halfway house between those two approaches”.

The piece, through interactions with Limerick and its people, holds up a mirror to Limerick and reflects back the answers in surprising ways and in unexpected places, Tom says.

“It isn’t one main story, it is the stories of numerous people from Limerick city,” he says.

“It is based on real conversations with real people in the city, and what we did was had essentially a survey or questionnaire with a whole range of questions.

“It is a full range of questions about live and love and ordinary things. We have been meeting people, sometimes randomly on the street, going up to them and having chats. Sometimes people had interesting ideas and stories about the city. We were trying to get a real cross section of people.

“The idea is that it is almost like you are eavesdropping on people’s lives. It will be a series of snapshots of people’s lives and how people are living in the city and also, with the title of the play, we were interested to see what people want for the future.

“We were really aware that City of Culture has been a really transformative thing for Limerick and the way that people think about their city and the way other people outside see the city.”

Beautiful Dreamers will run three times a night from November 27 to December 7. Tickets available from www.beautiful-dreamers.com.