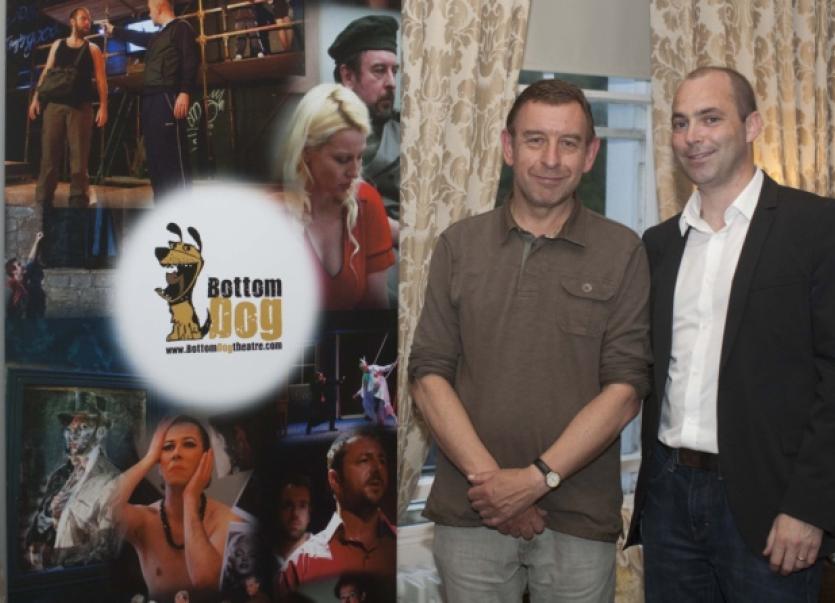 FITTINGLY for a Tipperary story told by a Limerick theatre company, Bottom Dog’s latest production was launched by “the most famous Tipperary man living in Limerick” - author Donal Ryan.

FITTINGLY for a Tipperary story told by a Limerick theatre company, Bottom Dog’s latest production was launched by “the most famous Tipperary man living in Limerick” - author Donal Ryan.

These were the words of Bottom Dog co-founder Liam O’Brien, producer of the upcoming What Happened Bridgie Cleary, running as part of the Limerick Arts Encounter in the site-specific location of the Victoria Snooker Club next month.

The true story-turned play by well-known playwright and poet Tom MacIntyre, tells the tale of Bridget Cleary who was burnt to death by her husband in March 1895.

Her husband claimed she was a fairy, replaced by a changeling and director John Murphy, a founder of Island Theatre Company, said it is “a lyrical exploration of love, loss, hatred, guilt and desire”.

“Personally I am finding it one of the hardest plays I have ever worked on, it is extremely deep, both in terms of its themes and Tom MacIntyre’s use of language - he has not held back in using lyrical, poetic, airy, full of meaning and uncertainty,” explained Murphy.

“It is quite a puzzle wrapped up in a riddle, wrapped in subtlety. It will be challenging and different.”

The Limerick Arts Encounter programme has taken money earmarked for the Belltable and dispersed it groups directly, and Bottom Dog have benefited as they approach their fifth anniversary.

The ensemble have proved one of the most innovative professional theatre companies plying their trade in Limerick, and Donal Ryan paid tribute to the them as “staging cult productions” during their short lifetime.

“They are not engaged in the pursuit of profit. They are doggedly relentlessly pursuing the expression of their talent in artistic endeavour,” he said, declaring that he took “great pleasure” in launching the play.

The three hander features a strong cast of Joanne Ryan, Pius McGrath and Bottom Dog co-founder Myles Breen, and John Murphy said the innovative venue would add to the “mystery” of the play.

What Happened Bridgie Cleary runs from October 10-19. Tickets are available on 061 – 774 774 and from www.limetreetheatre.ie.