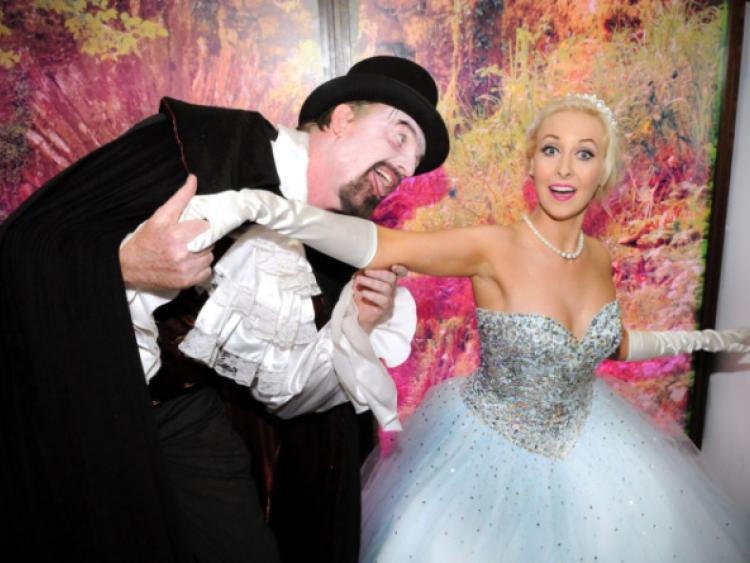 EMMA O’Driscoll is back to play the classic role of Cinderella with Limerick Panto Society this Christmas.

EMMA O’Driscoll is back to play the classic role of Cinderella with Limerick Panto Society this Christmas.

The RTE presenter wowed audiences as Tinkerbell in the society’s production of Peter Pan last year, and returns to take up the glass slipper this December.

Limerick Panto Society will mark its 30th anniversary of producing top class panto with the Lime Tree based production this year, running from December 27 to January 4 in the state of the art, 510 seater venue.

The Society’s first production was staged at the Crescent Hall in December 1985, and more than €130,000 has been raised since for charities such as Cystic Fibrosis, Dochas, Limerick School for the Deaf, Cari and St Gabriel’s Centre, to name just a few and will continue to support children’s charities this year.

Joining Emma in the title role are Tim Cusack as Esther Fabric, one of the Ugly Sisters, plus Damian Shaw as fellow ‘sister’ Poly Fabric in the John Finn penned script, in the able hands of producer Tony Cusack. The playwright will also star as Count De Money in the panto.

Shauna O’Halloran will feature as mother to the sisters, with the role of Prince Charming to be shared between two actors, Mícheál Ó Dubhghaill and Paul Kelly.

Dandini will be played by panto stalwart Keith McGuane with the talented Nastasia Vashko as Maid Marian, while Buttons will also be shared between Peter O’Brien and Stuart Mackey.