Oklahoma! set to be the cry at Limerick’s University Concert Hall 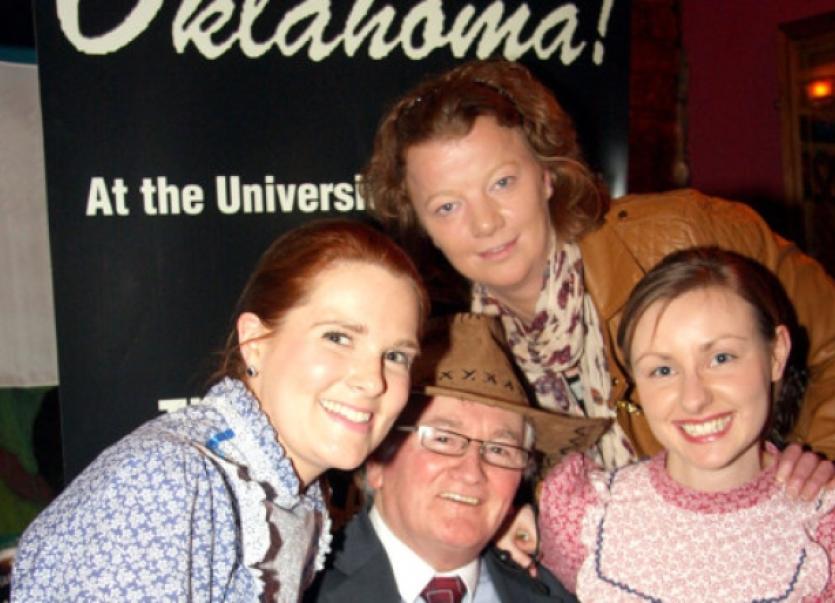 IT is almost time for curtain up for the Limerick Musical Society, as final rehearsals take place for their take on the classic musical Oklahoma!

IT is almost time for curtain up for the Limerick Musical Society, as final rehearsals take place for their take on the classic musical Oklahoma!

This Tuesday evening the set will be erected on stage at the University Concert Hall at UL, with the much-anticipated first night on Thursday.

An all-star local cast has been put together for the three night-long play.

Widely considered one of the all-time great musical plays of the 20th century, Oklahoma was on stage on Broadway for more than 15 years.

In this time, it held the record as the longest running musical on Broadway.

It is a simple and refreshing love story with an Americana bucolic background.

Cowhands, farmers, and rustic characters liven the plot and ballet sequences add artistry and energy everywhere. There is a comic secondary pair of lovers, a shifty charlatan and a vile, evil force in the person of Jud Fry, who strikes delicious fear into the sentimental story, but also provides the romantic lead with some comic opportunities.

Here, Oklahoma! will be directed by Des Henn, while the choreography will be done by AIMS award-winner, Niamh Twomey and the musical direction will be looked after by Maire Keary-Scanlon.

Tickets are still on sale from the University Concert Hall.