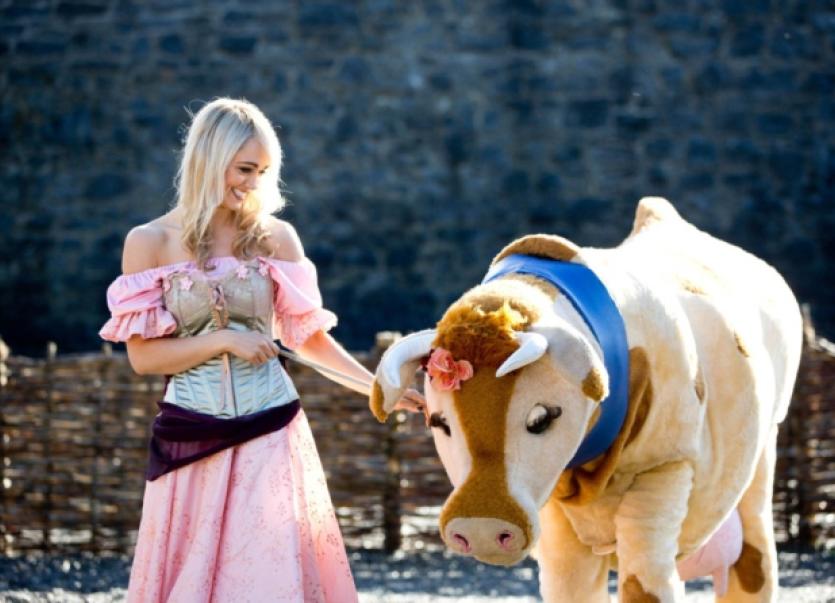 LEANNE Moore insisted there was “no age limit” placed on the enjoyment of the medium of pantomime as she launched Jack and the Beanstalk this week.

LEANNE Moore insisted there was “no age limit” placed on the enjoyment of the medium of pantomime as she launched Jack and the Beanstalk this week.

The Dublin-based television presenter and singer will get her third straight stretch at home for Christmas as she stars in the UCH show, produced again by Robert C Kelly, after stints as Cinderella and Jasmine in Aladdin in the past two years.

“I am delighted because I get home for Christmas again,” she laughed at the launch in King John’s Castle.

“I don’t hesitate for a second when Robert asks me back, this is my third time and it is brilliant and nothing beats being around at Christmas.

“I am 30 now! If you can’t do this, if you take yourself that seriously that you can’t do this at any age...panto is for absolutely everybody, you have to get into the spirit of it, especially at Christmas.

“There is no age limit, you are a child once you walk in the door, end of story, so I get to be a child for two and a half weeks,” she laughed.

The producer promised a “giant of a pantomime” for the show, which opens on December 16 and runs until January 4.

“We have got a huge beanstalk and a fantastic cast and we are back for a third year,” said Robert C Kelly.

“The show keeps getting bigger and bigger every year. Now that we have the feel of the Concert Hall and we have got all that space, we can do really great things in there.”

Richard Lynch said the production team had “upped the ante” for this year’s panto.

“Jack and the Beanstalk is one of the most loved fables out there, it was my favourite as a child and this year is bigger and better than ever,” he said.

“You can’t explain the electricity of being on that stage, playing to a full house and seeing all the kids. A lot of it has to do with Adele, because she is magnificent on stage, she really is amazing.”