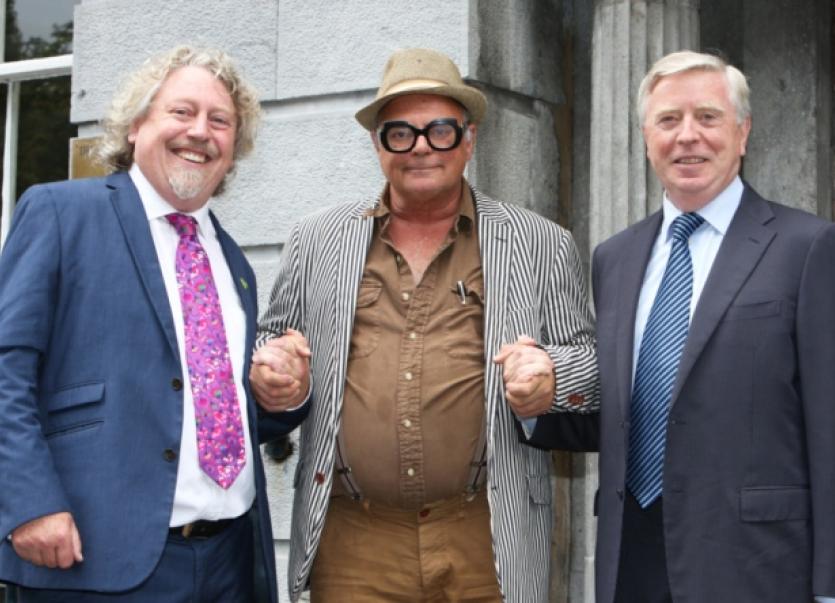 The eccentric Parisian, speaking through an interpreter - UL student Jane O’Faherty - said that Ireland was a country “that has always attracted me, for historical reasons and also the people”.

He added that “Limerick is Ireland”.

Speaking specifically about the Grandmother Giant that the company is bringing to Limerick for the September 5-7 show that is expected to attract 200,000 people into the city, he said she was “not just any Grandmother, she is half Breton and half Irish.

“She is tough, daring and mischievous. Her character is intrepid, adventurous and full of tenderness overall,” he said.

Explaining the concept behind the story for the Giant’s Journey - billed ‘The Grandmother Fallen From the Galaxy into a field in Munster’ - he said: “I can’t tell you everything in advance. It is like watching a film live. The show is live and direct.”

The enigmatic Frenchman, who has toured worldwide with the Royal de Luxe Giants since 1993, performing to over 18 million people, has made several visits to Limerick over the past year and directly addressed the board of City of Culture to express his idea for the elaborate show, which will be specifically tailored to Limerick to include local legends and versions of local history.

Mike Fitzpatrick, director of City of Culture, said it was “an amazing project” and had been “an epic journey to arrive at this point” for a show that will cost in the region of a million euro to produce.

“This will be the smallest city that Royal de Luxe have performed in and we are enthralled that they are coming here,” he said. “We are very honoured that they are doing so,” he added.

The 30 foot Grandmother Giant arrived last week ahead of the show.

The Giant will arrive by train before beginning her “weekend exploration” of Limerick, with spectators urged to gather anywhere along the routes.

Over the following two days she will call to Sarsfield Barracks, the Lee Estate and Shelbourne Park - among many other locations - before departing by boat from Limerick Docks.

A number of streets will be affected and will be closed, while preparatory work has already begun to clear the way for the procession.

The Giant will stop at various points around the city, and will be followed by a procession, including a live band, with elements of an original story relating to Limerick forming a major part of the elaborate production.