A Special preview of No Fit State’s Bianco for Stephen 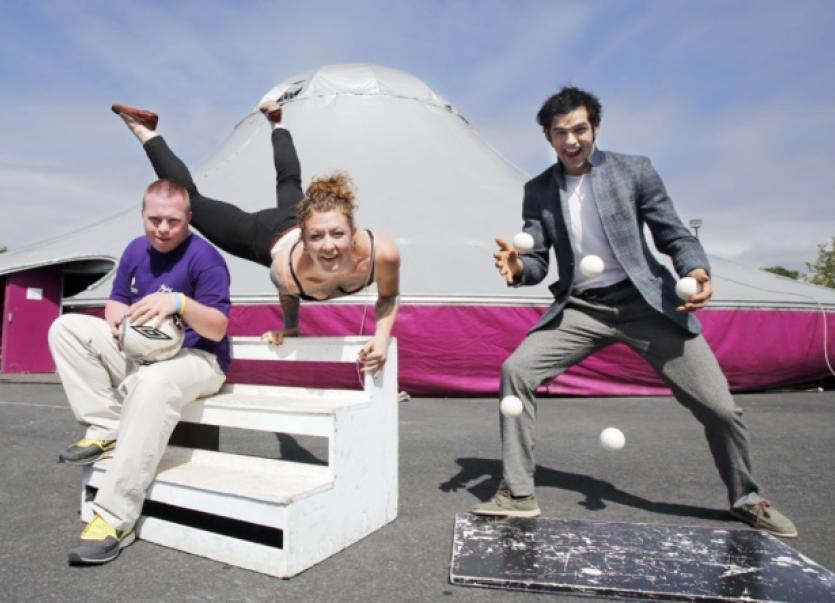 TWO of the biggest events happening in Limerick over the weekend came together for a Special preview on Friday, writes Alan Owens.

TWO of the biggest events happening in Limerick over the weekend came together for a Special preview on Friday, writes Alan Owens.

Special Olympics athlete volunteer Stephen Faley was invited out to the Culture Factory in Castletroy on Friday morning to meet some of the cast of No Fit State Circus’ Bianco, the City of Culture show which opened on Saturday night.

The Ballylongford lad and his mum Kathleen were greeted by some of the acrobatic performers and got a glimpse inside the ‘Big Top’ before the show opened, and were delighted with what they saw.

“The tent is lovely, excellent, very impressive,” said Kathleen. “Stephen was excited to get invited here. He is good in photo shoots and he likes all of this kind of thing.”

The circus show opened to sell out performances on Saturday and Sunday night, with a matinee on Sunday and runs until this coming Sunday.

City of Culture collaborated with Special Olympics on the opening ceremony of the games in People’s Park last Thursday that featured a crowd of over 8,000 people, and speaking the following morning, Paul Foley - one of the key officials in the year of culture - said they were “continuing that working relationship this morning by inviting some of the athletes here, it is excellent”.

“We are absolutely thrilled with how it has come together,” he said of Bianco, which runs to 550 people a show in the Big Top.

“The No Fit State troop have been very professional to work with and it is just really exciting to have them now in Limerick.

“What we have is three of the top shows currently touring Europe on our doorstep in Limerick - No Fit State, Fuerza Bruta and Royal de Luxe coming in September, so to have the biggest shows in Europe here is absolutely fantastic.”