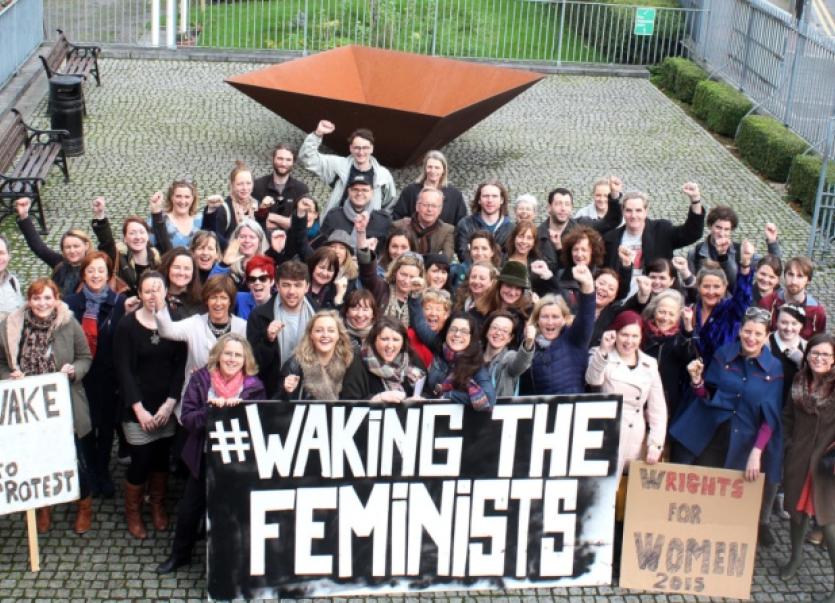 A GROUP representing those working in the arts in Limerick have gathered to support the #wakingthefeminists debate.

A GROUP representing those working in the arts in Limerick have gathered to support the #wakingthefeminists debate.

The group, organised by Louise Donlon of the Lime Tree Theatre and playwright Mary Coll and more than 50-strong, gathered to “show our solidarity with our sisters in the capital” amid a national debate about the Abbey’s ‘Waking the Nation’ programme intended to mark the 1916 Rising centenary next year.

The Abbey itself this Thursday held a public debate about equality in theatre after it was widely criticised for a lack of diversity in its programme for the centenary.

The group, styling itself #wakingthefeminists, sprang up online, largely via Twitter, in response to the gender debate and has called on the National Theatre to play a leading role in securing equality in the arts.

Ms Donlon said that the group had gathered in Limerick “to salute” the group’s actions in Dublin.