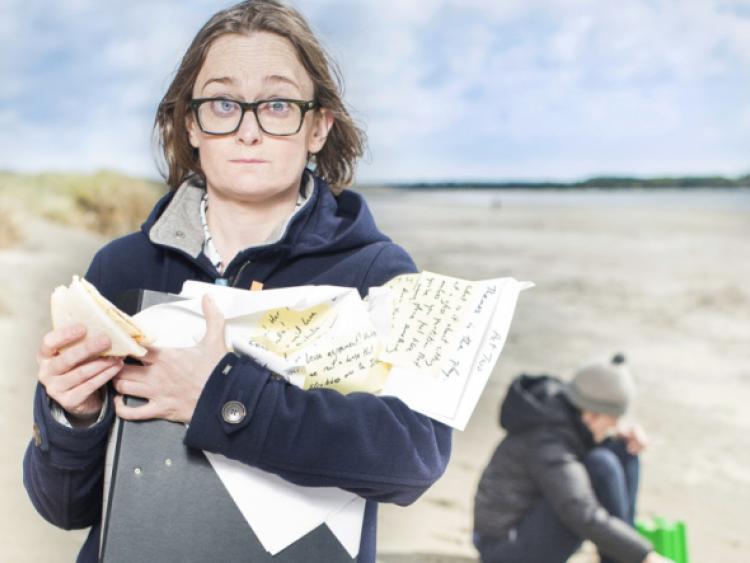 PLAYWRIGHT and actress Sonya Kelly uses an Alfred Hitchcock quote when discussing her play, How to Keep an Alien: A Story About Falling In Love and Proving It To The Government.

PLAYWRIGHT and actress Sonya Kelly uses an Alfred Hitchcock quote when discussing her play, How to Keep an Alien: A Story About Falling In Love and Proving It To The Government.

“Hitchcock says drama is real life with all the boring things cut out - and I think there is a little bit of that in the play,” she says, with some understatement, given the hit play is an autobiographical memoir of her and partner Kate’s attempts to secure a visa for the Australian in this country.

The funny and poignant play deals with the couple’s attempts to prove to the Department of Immigration that they have the right to live together in Ireland, and the monumental paper trail that follows. Kelly, a cast member of the Savage Eye, who has taken the show from Dublin to Brisbane, says she “shoehorned” many trips to the visa office into one for the purposes of the show, but otherwise it is true to life.

“All writing is personal, whether you are writing fiction or non-fiction - you have to get to a certain level of vulnerability in order to make it really sing in front of an audience,” she says of the show, a Tiger Dublin Fringe award winner, produced by Rough Magic in association with Soho Theatre.

“I think when you have a responsibility to your partner and their family and talk about them on stage, in a way it helps you up your game, so every time you sit at a computer to write it, you know it needs to be good enough so that I can stand in front of them and be proud of it.

“In a way, as much as pressure as it brings, it also brings an opportunity to up your game and up your standards, which is good,” she adds of the intensely personal show, which is directed by Gina Moxley and performed by Sonya with support from Justin Murphy.

While the piece came from real life and charts the many trips Sonya and Kate made to the Department of Immigration, she is quick to point out that it is filled with humour.

“It is fun - you laugh some, you learn some and everyone has a good time. It is a good old romp,” she says.