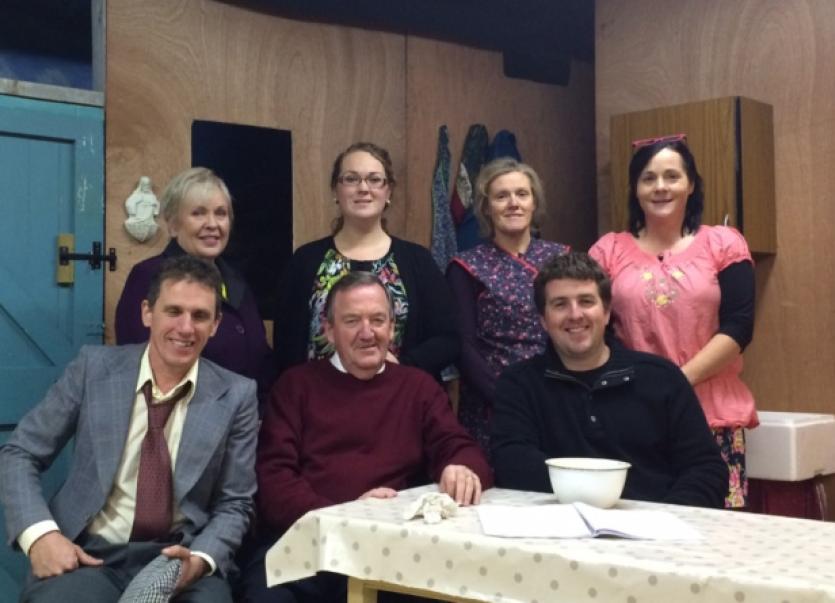 A RIP-ROARING comedy which is bursting with classic Irish one-liners will be staged in Banogue over the next two weekends.

A RIP-ROARING comedy which is bursting with classic Irish one-liners will be staged in Banogue over the next two weekends.

Banogue Drama Group is presenting It’s the Real McCoy and rehearsals have been taking place in recent months.

Following the great success of Moll, Many Young Men of Twenty, and Big Maggie, another excellent performance is expected this year.

Producer Mary Liston says everything is going to plan and promises “a fantastic presentation as the cast are pushing themselves to the limit”.

The play is set over two days in the spring of 1964 in the humble abode of Madge Molloy – a woman in her mid-60s – who has lived over 40 years of her life wondering why her husband Tom – who she was married to for just five months – mysteriously disappeared without trace or reason. Madge was expecting her only child at the time of Tom’s disappearance and she has grown to be a bitter and angry woman. Her daughter Maura constantly yearns to know what happened to her father and the arrival of a new curate in the parish, namely Fr Michael McCoy, is about to throw some light on the reasons behind Tom’s hasty departure.

To add to the confusion Madge’s daughter Maura has fallen in love with the local postman but Madge doesn’t approve as she does her best to convince Maura that she would be much better off without having a man in her life!

Madge also happens to have the two nosiest neighbours in Ireland!

Doors open from this Thursday, November 26 to Sunday ,November 29 and from Thursday, December 3 to closing night on Sunday, December 6 at 8pm in Banogue Community Centre. Admission: adults €10, children €5.