Little Gem of a show keeps Anita Reeves coming back 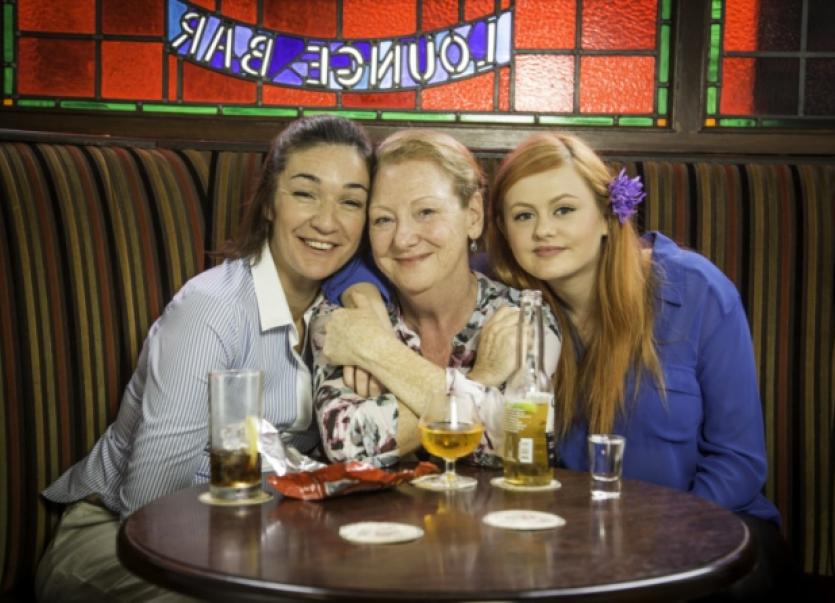 THE INIMITABLE actor Anita Reeves, as she is described in the accompanying press material for the play Little Gem, returns to Limerick with the much loved tale of three generations of women next week.

THE INIMITABLE actor Anita Reeves, as she is described in the accompanying press material for the play Little Gem, returns to Limerick with the much loved tale of three generations of women next week.

Anita’s 40 year career has taken in a range of roles across the acting spectrum from musicals at the Gaiety, Tivoli, Olympia and Old Vic in London to weighty work with the Abbey - most notably The Shaughraun and the part of Maggie in Dancing at Lughnasa for which she was nominated for an Olivier Award and won the London Critics Award for Best Actress.

But Reeves keeps on returning to Elaine Murphy’s Little Gem and to the role of Granny Kay, which she helped the then fledgling playwright to shape and create.

“We would say that you created the role if you are the first one to play it,” she smiles, “and obviously in doing that you are the first one to be at a reading or maybe a workshop of the play, so while I wouldn’t like it to sound like I co-wrote it, which I didn’t - but you would certainly create the template, so then everybody coming after you will be influenced by how you played it.”

Little Gem has toured Ireland, London, Paris, Australia and New York and won the Carol Tambor Best of Edinburgh award. Reeves says it is the “strength of the writing” that draws her back time and again.

“When I was asked to do it initially, I was kind of busy at the time and the script was sitting beside my bed - not that I have thousands of scripts beside my bed for consideration,” she laughs.

“But I kept meaning to read it, and then eventually one night I actually asked my husband to read it. After a couple of pages he said, ‘ah you have to do this’. And then I read it and absolutely loved it and jumped at it.

“It is just great at my age - I would call myself an early elder at this stage - to have good parts like this.”

While the three generations of women deal with a serious of crises - generally involving the men in their lives - and Little Gem has plenty of poignancy, it is still an at times hilarious play that clearly appeals to audiences all over the world.

“Oh loads, if you were to call it one thing it would be a comedy, a big bellylaugh that people don’t expect, with tears streaming down their faces,” says Anita.

“I know when we went to New York first, we were kind of concerned that maybe it wouldn’t translate? And people said to us afterwards, listen, family is family and it resonates everywhere.”