Limerick theatre to be filled with colour with Postcards from Abroad 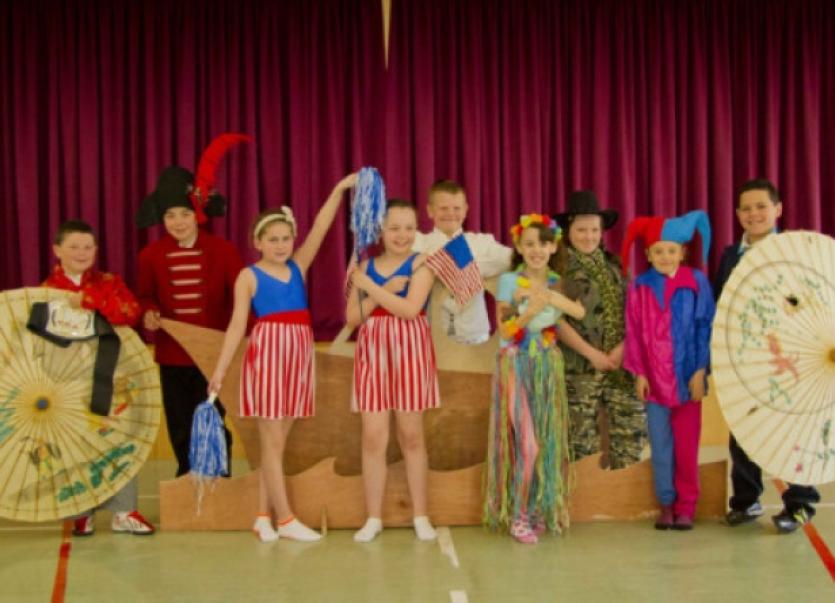 LIT’s Millennium Theatre will this week come alive with colours from across the world next month, with a new original production by Corpus Christi School in Moyross.

LIT’s Millennium Theatre will this week come alive with colours from across the world next month, with a new original production by Corpus Christi School in Moyross.

Language teacher Fionnuala Bromell has penned a musical - Postcards from Abroad - which will star more than 70 students.

The play centres on four students on their gap year after college. They travel around the world, and in different periods, learning about major events in global history.

They will go to Hawaii, the birthplace of US president Barack Obama. They follow his journey all the way to the White House in Washington.

The students also head to South Africa, where they meet Nelson Mandela and see the birthplace of the civil rights movement.

There is a touch of romance when one of the students falls for a Japanese boy who takes her to sumo wrestling, and Japanese dancing classes.

And the play also shows them heading to France, where they look back at the French revolution, and end up partying on the Champs-Elysees come Bastille Day.

All the time, they are sending ‘postcard’ messages back to their friends and family who were not able to travel with them.

Fionnuala - a daughter of former mayor of Limerick Tony Bromell - spent most of last summer writing the play, while rehearsals have been taking place since last October.

Seventy students from the third class to the sixth class have been involved in the performance.

As well as the performers, the students have been working with carpenter Toby Graystone to build the set.