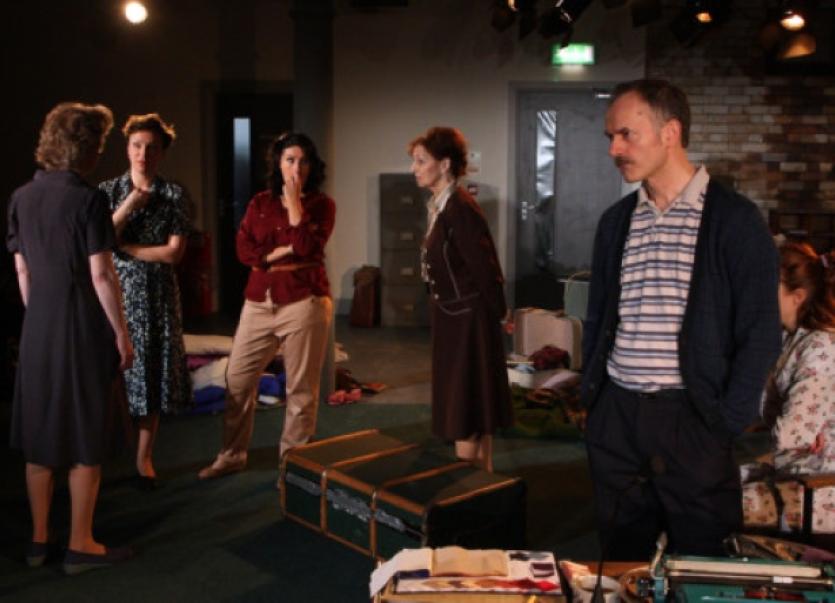 IT was first staged more than 30 years ago in the Abbey Theatre, but Frank McGuinness’ much lauded The Factory Girls is resonating with audiences even more today.

IT was first staged more than 30 years ago in the Abbey Theatre, but Frank McGuinness’ much lauded The Factory Girls is resonating with audiences even more today.

Coming to the Lime Tree theatre in Mary Immaculate College this Friday and Saturday night, the Factory Girls tells the story of five women who stage a lock-in in a shirt factory in Co. Donegal when faced with losing their jobs.

Written in 1982, McGuinness said he wanted to write a play that celebrated the working class culture of women in the part of Donegal he grew up in. The two men which appear in the play make their mark in just two scenes.

Three decades on, director Caitriona McLaughlin, who was born just a stone’s throw from McGuinness in Inishowen, holds ‘the girls’ just as dear to her heart. In fact, it was the first contemporary play she ever read.

“It really is quite poignant and very relevant to the situation all over the country at the minute, and it’s lovely to be able to take a Donegal story down south,” she told the Limerick Leader this week.

“What’s been really moving is how much it has actually touched people. For me what’s particularly interesting is that it’s a woman’s story and about women taking a stand for what they believe in and standing up for themselves”.

Growing up in Donegal, where there was no local theatre nearby (the nearest was over the border in Derry), she said the success of the play and that of McGuinness, and Tyrone born Brian Friel, showed her that there could be a door into theatre for her too.

“McGuinness had a massive impact on me in that regard, in that he was a local writer on the national stage.

“The language is so familiar, and the characters are so familiar..I know those women, and I suppose I speak like that. It’s raw and truthful and identifiable, so I suppose I was drawn to all of that as well. I’m really curious to see how it translates to audiences in the south, because up here audiences have been roaring laughing.”

The play opens with the banter of the five women, whose tongues are hard enough to ‘tar the road’, or what McLaughlin describes as a “lovely irreverence”.

“The women don’t let each other away with much, but at the same time they’ll do anything for each other. There’s a great camaraderie. We spoke to women up here who worked in the factories and the thing they said was that it was great craic, that’s what got them through, because the work was so difficult. By the time you get to the end of the play you feel like you know all those women, that you’re in the factory with them.”

While the tour ends in June, her hope is that it could tour to derelict factories around the country and beyond, and that they can “hold onto its magic.”

“The thing about this play is it doesn’t tie itself in knots, or end beautifully. It’s a gorgeous play about working hard and having belief in yourself.”

In June she departs for New York to work with Lucy Thurber on the play Killers and Other Family, before coming home to work on a Jennifer Johnston play.

But the beauty and value of real physical labour, something which she feels is occasionally forgotten in today’s world, will keep her connected to those characters in a not too distant past.