Fuerzabruta ‘on target’ for ticket sales in Limerick 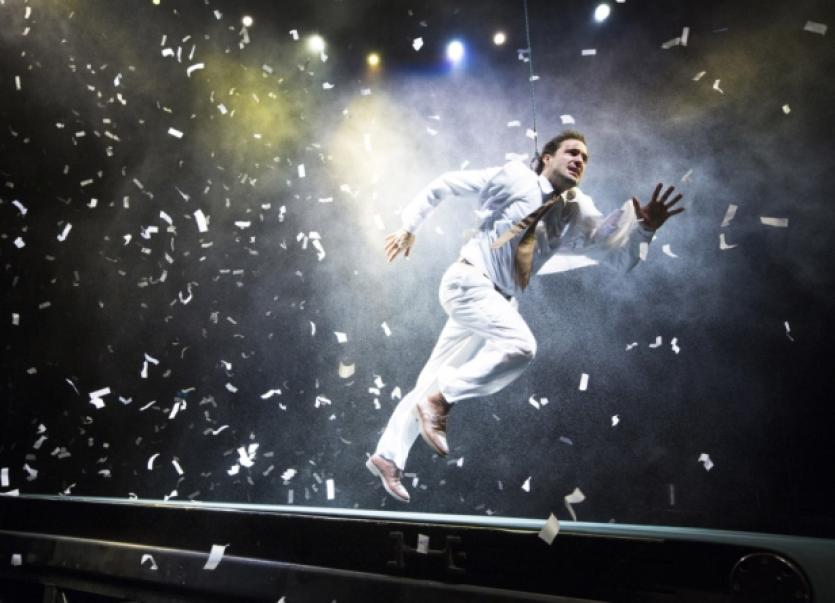 INTERIM CEO of Limerick City of Culture Mike Fitzpatrick has said Fuerzabruta is “bang on target” in terms of ticket sales ahead of its opening this Thursday night.

INTERIM CEO of Limerick City of Culture Mike Fitzpatrick has said Fuerzabruta is “bang on target” in terms of ticket sales ahead of its opening this Thursday night.

Mr Fitzpatrick insisted that the Argentinian founded multi-sensory show, the second flagship event of the year after Riverdance, was on target.

Fuerzabruta will be performed over 12 shows until March 22, with 1,000 people per performance crowding into the newly transformed Culture Factory in Castletroy - the old Dell building - for the massive acrobatic spectacular.

“What is exciting about it is that it is a whole new show in terms of Ireland, in a totally new venue and that is being brought about because of Limerick City of Culture. We are very excited by that and right now the finishing touches to the staging, indeed many finishing touches are going on right now.”

A dress rehearsal will take place this Wednesday night, with the show to open at 6.30pm on Thursday. The 9pm performance for Friday is already sold out and tickets are selling well for the weekend and shows next week.

“There is a sense of enthusiasm from people working there as well,” explained the interim CEO.

“I would presume that ticket sales will go very strongly over the next few days, for next week, because it drives itself, but we are very happy with how they are going, they are bang on target so we are excited, and looking forward to it.”

There will be pre and post-event entertainment also on site which will take place in the ‘Low Bay’ area of the Culture Factory, featuring local band Leading Armies and DJ Paul Webb, while there will also be multimedia art installations created by local students from LSAD, LIT and UL. Food will be provided on site by Country Choice, and there will also be bar facilities.

Doors open one hour before each show. See www.limerickcityofculture.ie for tickets and more details.