John B Keane play to resonate with County Limerick audiences 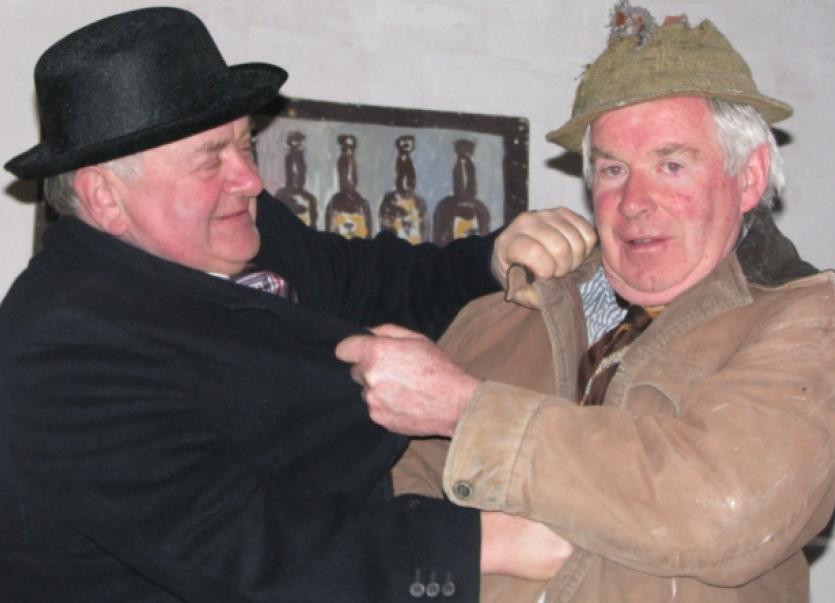 EVERY March means a parade in honour of our patron saint and a march to see St Patrick’s Players latest performance.

EVERY March means a parade in honour of our patron saint and a march to see St Patrick’s Players latest performance.

The Cloverfield drama group present John B Keane’s Many Young Men of Twenty in the Teach on Monday, March 17 and Friday, March 21 at 8.30pm. They then leave Cloverfield for Pallasgreen on Sunday, March 30 at 8pm and Friars Gate, Kilmallock on Friday, April 4 at 8pm.

Pat O’Dea, of St Patrick’s players, says Many Young Men of Twenty is one of John B Keane’s most powerful plays, having experienced the plight of emigration himself.

“The scene of the play is transposed from a 1950’s Kerry backwater to the back room of a village pub, whose clientele consists of those arriving from or departing for England,” said Pat.

The bar lady sees all these young men leaving for England while the maid pines for a love lost to another country. There are songs and stories aplenty.

One of the main characters denounces the politicians, bankers, developers, and all those who have brought the country to such a sorry state.

“The story may have taken place in the early sixties but his words have a definite contemporary relevance,” said Pat. The players have been rehearsing for months and a top quality play is guaranteed.