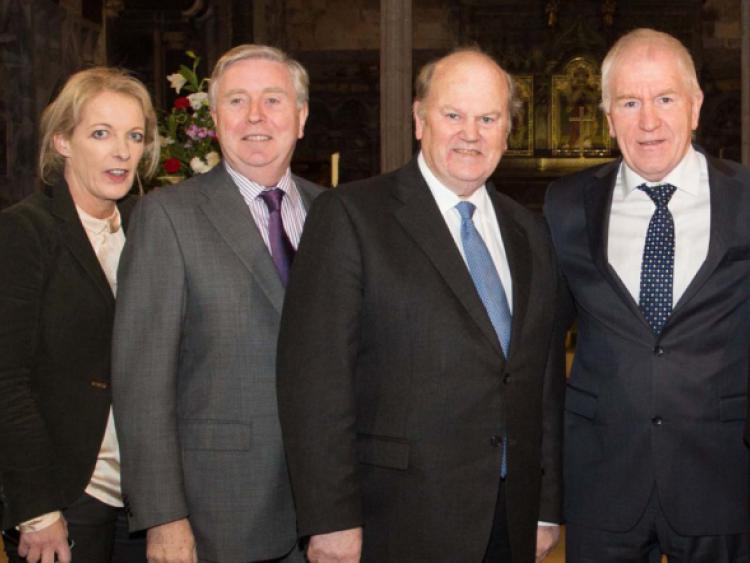 AFTER days of high drama, the controversy that has dogged the Limerick City of Culture project took another twist on Sunday afternoon with the resignation of embattled CEO Patricia Ryan.

AFTER days of high drama, the controversy that has dogged the Limerick City of Culture project took another twist on Sunday afternoon with the resignation of embattled CEO Patricia Ryan.

The board of Limerick City of Culture 2014 confirmed that, with regret, that it had accepted the resignation of Ms Ryan, around whom controversy had raged for weeks.

Less than a week into Limerick’s year in the national spotlight, the City of Culture project has now lost its two principal figures.

In a statement Ms Ryan said: “This afternoon I have informed the board of Limerick National City of Culture 2014 and the manager of Limerick Local Authorities of my decision to resign as chief executive officer.The speculation and commentary surrounding the events of recent days has regrettably compromised my authority and capacity to continue leading this project.

“It is important that a suitable successor is appointed to lead out on the next important phase and ensure the delivery of the programme and the project which is so vital to the rebranding of Limerick.

“I would like to pay particular tribute to the exceptionally hard working team of people in City of Culture that I have worked alongside on this project. Their dedication, diligence and commitment will ensure the continued success of this project.

“I wish the Limerick National City of Culture 2014 project every success and as a proud Limerick woman will continue to offer it my support.”

The board’s statement read: “It was with regret today that we were notified by Patricia Ryan of her intention to resign ... We wish to thank Patricia Ryan for her contribution to the Limerick City of Culture project. During her tenure as CEO, she has worked tirelessly, with great diligence, professionalism and dedication in extremely challenging circumstances. We wish Patricia every success in the future and look forward to her continued support for the project.

“We are putting in place arrangements to ensure the continued implementation of the extremely exciting Limerick National City of Culture programme and to that end we will announce a range of measures in the coming days. We are grateful that, at our request, Patricia has agreed to work with the board to ensure a smooth transition and continuity.”

Ms Ryan, a former political aide to the chairman of City of Culture Pat Cox, was appointed to the role late last year after previously working part-time in an advisory capacity.

But there was controversy after it emerged she was appointed to the position without it having been openly advertised.

Limerick city and county manager Conn Murray, who strongly defended the appointment, said Ms Ryan was the best available person after interviewing five other candidates following a head-hunting exercise conducted at short notice when it became clear, very late in the process, that the Government was unhappy with how the project was taking shape and that the budget for it was under threat.

Yesterday’s events followed an extraordinary public meeting in the Clarion Hotel on Friday night, attended by close on 500 people, at which calls were made for both the resignation of Ms Ryan and the entire board.

Speculation that Ms Ryan’s departure might lead to the return of Mr Wallace was effectively dismissed by a City of Culture spokesman last night, who said that both resignations had been accepted by the board, which was now “moving on”.

Chairman Pat Cox pledged after Friday’s stormy meeting that all arts projects promised funding in the programme devised by Karl Wallace – whose resignation as artistic director has caused deep division – will go ahead; that Mr Wallace will be replaced and that representatives of the arts community in Limerick will get a place on the board.

Meanwhile, Minister for the Arts Jimmy Deenihan has incredibly claimed that the first he heard of Karl Wallace’s resignation was after the fact in media reports last week.

“If I was aware he was threatening to resign, I would have spoken to him,” Minister Deenihan said yesterday, despite Mr Wallace’s resignation being widely anticipated.

The Limerick Leader reported that Mr Wallace was considering his position on December 19. Minister Deenihan was present at the launch of City of Culture on New Year’s Eve when Mr Cox made pointed references to “issues of controversy around personalities”.