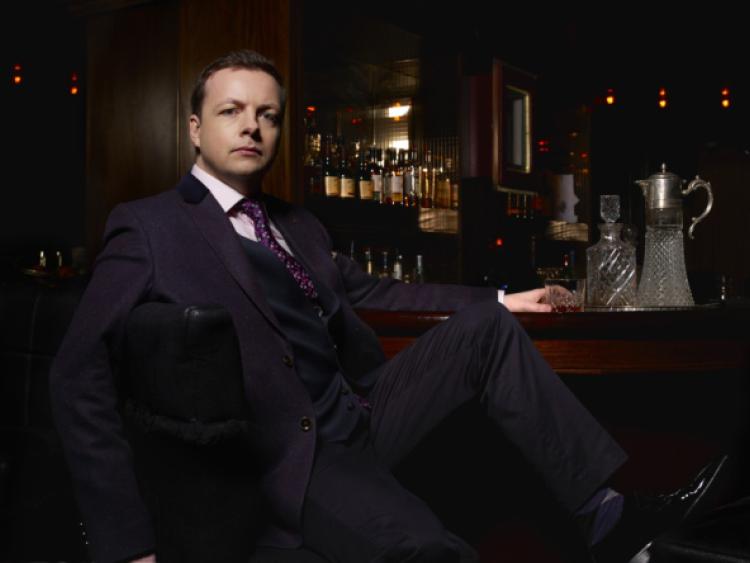 OLIVER Callan, a man of many voices and no shortage of opinions.

OLIVER Callan, a man of many voices and no shortage of opinions.

It is quite refreshing to hear the Monaghan mimic speak candidly on a range of topics and personalities, some or all of whom inform his shows.

“Enda Kenny was getting away with murder until the Seanad referendum,” he says, for one example.

“He is the least accountable leader in Europe at a time when you really need somebody to be answering questions.”

Callan has just returned from London where he was meeting with writers and comedy people who “were astonished” at the lack of public disquiet and revolt in Ireland, given all that has happened in the last decade.

The Nob Nation and Callan’s Kicks creator says that he is aware that he gets “slagged off” all the time, that “if you take the piss out of people, you have to expect it in return”.

But, he sees his role as primarily a journalistic one, playing an important public role.

“I always say that what I do begins with journalism, you are trying to find out the truth of what is happening somewhere and trying to convey that with satire,” he explains.

“It is journalism just with a different way of portraying it, of writing and presenting it.”

Never one to shy away from controversy or raise the hackles of his targets in the political, sporting and cultural spheres, despite believing that the current era is “not a very good time for satire”, but that “jokes seem to have defined the whole period” regardless.

“The feeling of anger wasn’t there in the Celtic Tiger era, people were laughing in a loveable way, but it is much different now,” he explains.

“We did Brian Cowen and the drinks cabinet, being raucously drunk and hungover all the time, and we were being told by Fianna Fail and some production people in RTE that we were being too personal.

“Then he appeared on radio himself hungover and was beyond parody, and at least you are vindicated, but you have lost the secret armour of the character, it is better to have that edge.”

“They are not the people who will come out of the show, they are not the ones tuning in, they are just the character, the fodder. I do try not to be too personal or delve into people’s private lives, but if you put yourself up there in that capacity, you should be well able to take it.

“Impersonations and impressions are quite an intrusive thing. This is how the rest of the world sees you, and people might have a different view of themselves and realise they don’t like it.

“That is often the case, but it is quite important in public life that you do.”