Sheehy is appointed artist in residence at Friars’ Gate 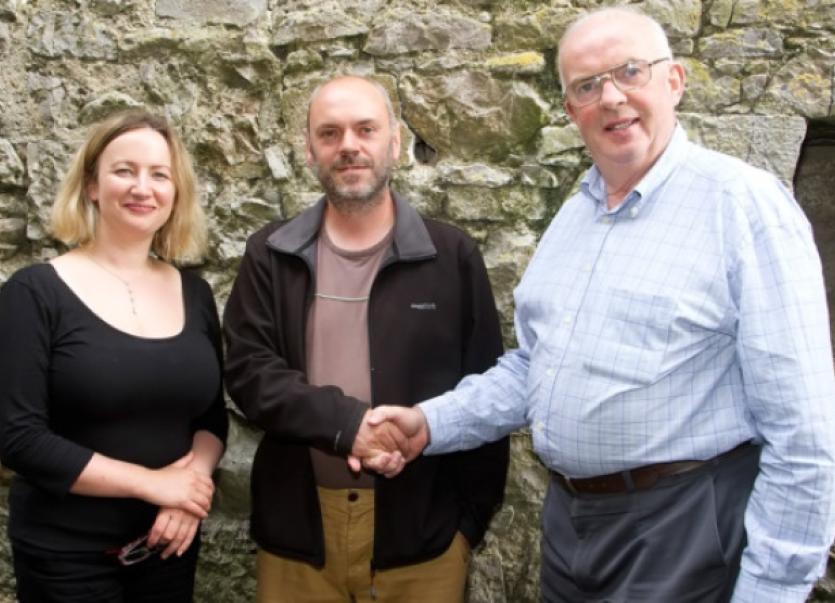 FRIARS’ Gate are celebrating the news that playwright John Sheehy has been appointed artist in residence at the Kilmallock theatre.

FRIARS’ Gate are celebrating the news that playwright John Sheehy has been appointed artist in residence at the Kilmallock theatre.

The author of acclaimed plays Set in Stone and Fred and Alice, a native of Ardpatrick, has been appointed thanks to funding awarded by the Arts Council and Limerick County Council.

“John’s twelve month residency at Friars’ Gate will comprise of a number of strands – his main focus will be to research, write and workshop a new play,” explained Caoimhe Reidy, theatre manager, “with a view to it premiering in Friars’ Gate Theatre in 2014. This will be an on-going project throughout the year.”

Sheehy will also be involved in mentoring new playwrights from the locality as well as working on a community project, with the theatre intending to stage a series of short dramatic scenes in site specific spaces within the town of Kilmallock as part of the Friars’ Gate Literary Festival in April 2014

On Friday, August 23 at 8pm, the theatre will host the crowd pleasing ‘Auditions, Zoe’s Auditions’ written and performed by Suzanna Geraghty, who was featured in the Encore Group of Most Outstanding show at the United Solo Theatre Fest in New York last year.

The hilarious, touching tale of lovable Zoe, a back stage worker who dreams of landing an acting job. Her senile, over the hill agent sends her on assortment of inappropriate auditions ranging from “Riverdance” to “Spiderman, to being shot out of a cannon for a touring circus. As she get further and further from the job, Zoe just might be getting closer to herself. This is an award winning, comically uplifting tale of self- realization.