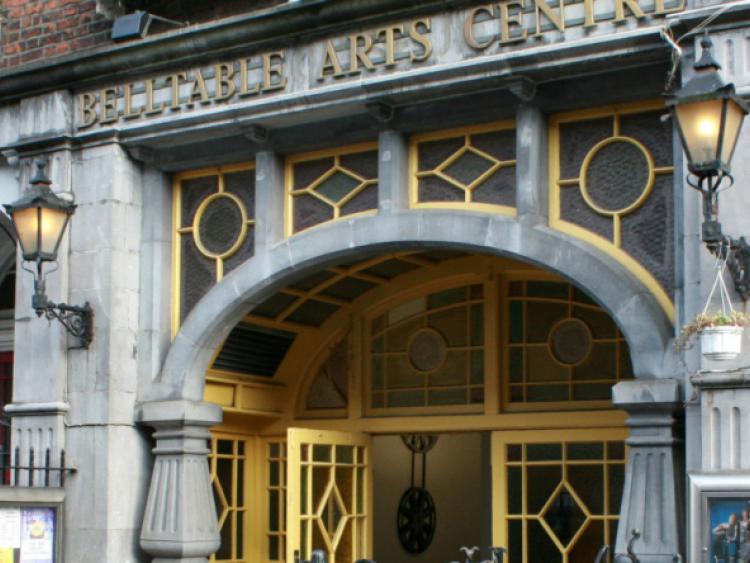 LIMERICK City and County Council has agreed to adopt a new model for 69 O’Connell Street –formerly the Belltable Arts Centre – in order to make it an “artistic hub” in the city centre.

LIMERICK City and County Council has agreed to adopt a new model for 69 O’Connell Street –formerly the Belltable Arts Centre – in order to make it an “artistic hub” in the city centre.

A report on the model, which detailed a proposed management structure, was presented at this week’s metropolitan district meeting and was supported by a number of city councillors.

Presenting the report at the meeting, European Capital of Culture 2020 bid director Mike Fitzpatrick said that they will be seeking a new creative director to run 69 O’Connell Street.

Mr Fitzpatrick said at the meeting that “it’s all about getting lots of people involved” under a “good solid mechanism” that is being proposed.

Another aspect of the report detailed the possible delivery of a “social cultural hub” for the city, which will include the development of a café on the premises.

Additionally, it is proposed that the former Sarsfield Credit Union side of the building be used for rehearsal space on a booking system for short-term use, five offices for arts organisations, and a meeting room for arts and culture groups.

Mr Fitzpatrick said that under the Limerick Arts and Culture Exchange, the entire arts and culture community has been included in the new model at 69 O’Connell Street. He said this after city councillors raised concerns about the inclusivity of the proposed plans.

The council’s director of services, Pat Dowling, said a Service Level Agreement (SLA) will be drawn up by the authority to enact the new model.

“The collaborative approach to operating the facility into the future is based on a model of shared resources and a shared commitment to ensuring that the venue is developed for the city leveraging off the strong artistic heritage that has existed over the past four decades.

“While the key focus is to operate the venue with financial prudence with the objective of reestablishing the site as the central arts hub for Limerick, this new method of governance will also be ensuring the input of the artistic community into future programming and venue development,” he said.

He said that the creative director will be hired through an “open call process” to manage the project, and added that this will ensure that day-to-day operations with all venue users is managed.

Councillor Shane Clifford supported the new model, saying that he liked the idea of the venue being a “catalyst for creativity”.

Cllr Marian Hurley added that the proposal for the new model is “timely” because of the European Capital of Culture 2020 bid.

Fine Gael’s Cllr Maria Byrne said that it is important to “make sure that all artistic spectrums are included”, and suggested that an annual review of the model to take place.

Labour Cllr Joe Leddin told the Limerick Leader that there is a “huge level of affiliation and association by the people of Limerick” with 69 O’Connell Street.

These plans have been brought to the council, weeks after directors appointed by the council to oversee the theatre, under Limerick Arts & Culture Centre Ltd, resigned.

They cited frustration with how the project was progressing.

Regarding the resignations, Cllr Leddin said people resign for a “whole loads of reasons ... Primarily because they lose faith in the institution or they are simply frustrated with the lack of progress and so on, and I can understand that. There are a lot of good people within the world of the arts and culture in Limerick, a lot of very experienced people and a lot of very talented people.”