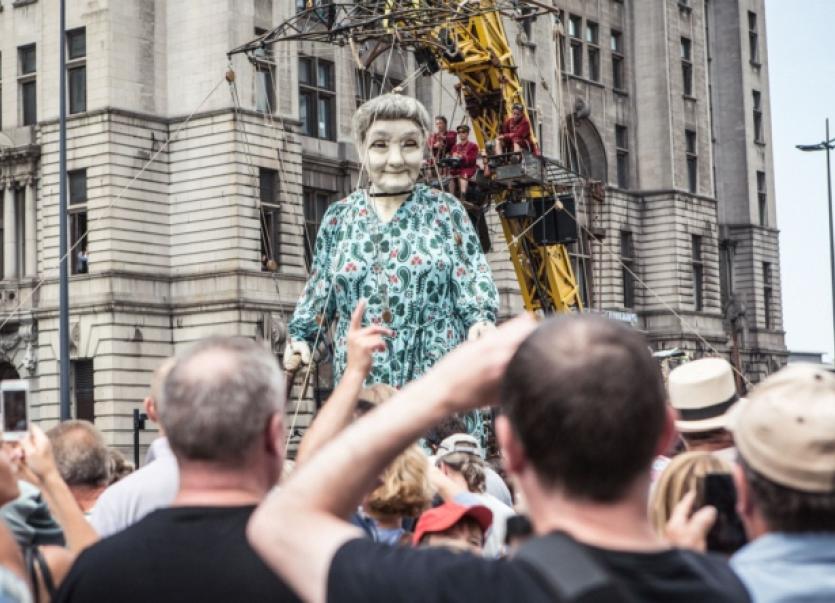 ROYAL de Luxe will leave a giant footprint in Limerick in September and traders are being urged to get involved, writes Alan Owens.

ROYAL de Luxe will leave a giant footprint in Limerick in September and traders are being urged to get involved, writes Alan Owens.

The three day street theatre show - the Giant’s Journey - will take place from September 5-7, with upwards of 200,000 people expected into the city to see it.

Over a million and a half people crowded the streets of Liverpool recently to see the show, with the city’s marketing agency declaring it to have had a “impact on the city both culturally and economically”.

Estimates suggest an economic boost of more than £30m for Liverpool and Limerick is set to feel a giant impact for its 72 hours of free entertainment in September.

“The Giant’s visit to Limerick will bring a significant number of first-time visitors and, as well as creating some wonderful memories, will provide a boost for restaurants, bars and hotels,” said a Marketing Liverpool spokesperson.

Traders in the city are being urged by City of Culture to get on board and “brainstorm special offers” for the occasion, following Liverpool’s lead, where one restaurant made an eight-metre long pizza in honour of the Giant.

“This is an opportunistic time for all of our local traders to engage with the single biggest event in the City of Culture programme,” said director Mike Fitzpatrick.

“The scale of the event will not only enhance the identity of the city but also create connectivity between culture, tourism and the economy.

“For traders all over Limerick, it’s an ideal time to engage in what promises to be a magical event and one of Ireland’s biggest events this year.”

City of Culture officials are working hard to ensure that disruption is minimal on the Friday of the event, but to see the outpouring of pride and excitement that greeted the Giant’s arrival to Liverpool - on a working and school day - offered proof that Limerick can benefit hugely from this flagship cultural event.

Project director Iseult Byrne said that Royal de Luxe is considered the “world’s premiere spectacle and street art company” and said the show “will be a transformative event for Limerick.

“It will train the eyes of the country and the world and showcase its capacity to deliver events of this quality at the highest level,” she said.