Tommy Tiernan back for World Tour of Limerick gigs 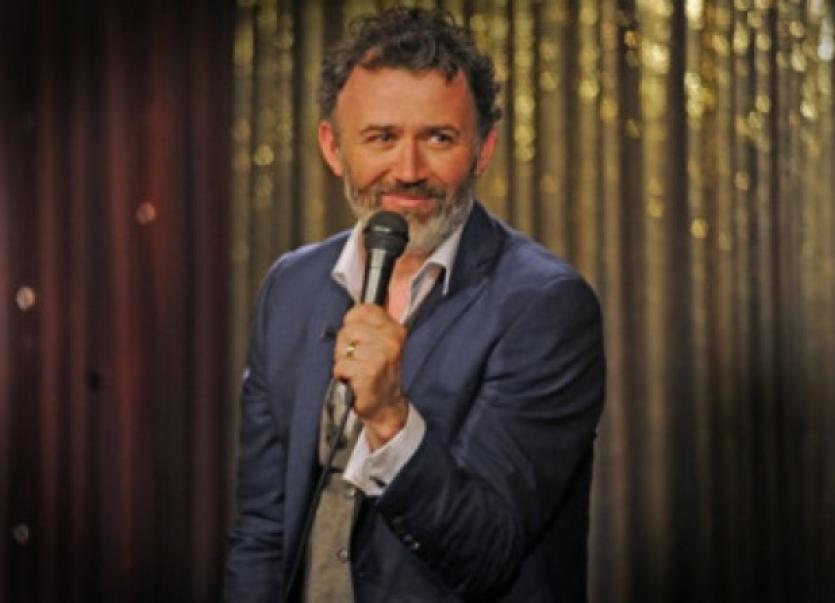 FUNNYMAN Tommy Tiernan is back in town this week for the second stage of his World Tour of Limerick.

FUNNYMAN Tommy Tiernan is back in town this week for the second stage of his World Tour of Limerick.

The high profile comic is back for a second series of shows having played in the Strand and Southill Area Centre last month, with gigs in Dolan’s, Thomond Park and the Lime Tree this week alone.

The Navan funnyman is on his third world tour of the region in recent years, with gigs still to come in September in Adare, Kilmallock and Templeglantine - showing that his popularity in Limerick is ever increasing.

He told the Limerick Leader recently that Limerick is an “amazing place”.

“I think there’s a very strong sense of Irishness in Limerick - It’s a place where I think agriculture has collided into sport and produced alcohol,” he said, without the slightest hint of irony.

“I’ve an awful lot of time for the city now it’s kind of an undiscovered gem. It doesn’t have the ego of Kerry or of Galway.”

On a recent visit to the University Concert Hall, Tiernan entertained a capacity crowd with his own take on the Irish legend of the Tain, and likes to find inspiration for his off-the-cuff shows by taking a stroll around on the day of his gigs.

“The commitment is to be completely in the moment and mental in a high intensity kind of way, they’re hard work but they’re wilder,” he explained of the shows on the current tour. “The adventure is never to have two gigs the same.”

Of his previous circuits of Limerick in 2010 and 2011, he said: “We had a great time in Limerick. The idea behind it is that the storyteller is supposed to go to you.”

You are kind of giving people who normally wouldn’t go to stand-up an excuse to go and see you, because if you are playing the local hall and people who have never been to a comedy gig, might say ‘sure we’ll give it a go, he is only around the corner’.

Tommy Tiernan plays Dolan’s Warehouse on Thursday, Thomond Park on Friday and the Lime Tree on Saturday. He follows the Limerick dates with a World Tour of Clare, including shows in Kilkee, Ennis, Spanish Point, Killaloe, Bunratty, Shannon and Lisdoonvarna the following week. See Ticketmaster for tickets and more details.