‘No holds barred’ comedy with Jason Byrne in Limerick 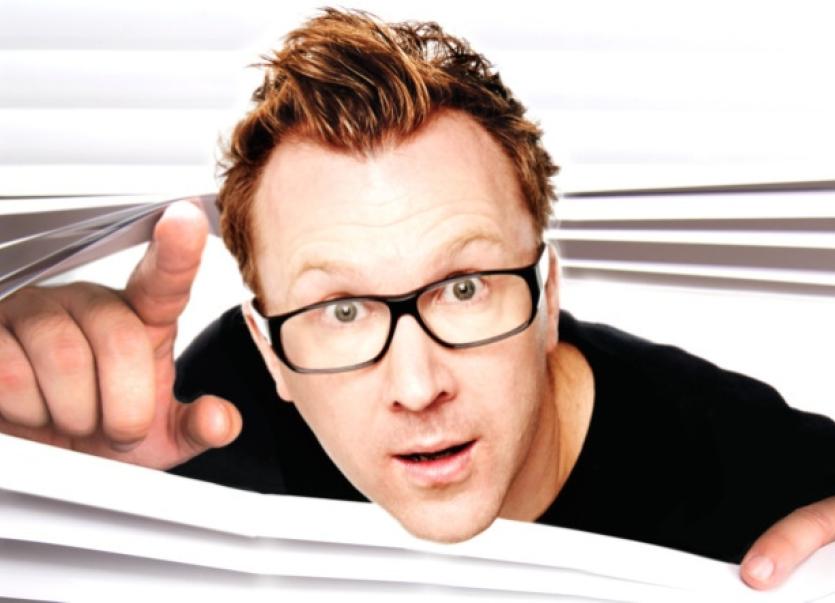 MADNESS tends to follow Jason Byrne around, providing the comedian with a rich and ready seam of material to mine at all times.

MADNESS tends to follow Jason Byrne around, providing the comedian with a rich and ready seam of material to mine at all times.

The high profile comic returns for a gig in the UCH in February, scene of many memorable shows in the past. He is fond of Limerick, to put it mildly.

“I have had so many different experiences in Limerick,” he laughs. “My first ever gig in Limerick probably was in UL - and it was Freshers Week, and they used to put the comedy on in the courtyard. There was a bouncy castle and a sumo wrestling thing on at the same time as we were on. I just jumped off the stage and toppled the bouncy castle and all the students out of it and that was it, that was my gig.

“I also had this tour manager and he was absolutely useless, and we went on tour in the summer, which is basically dead. We arrive at UL - a college in the summer, and I knock on the door and a caretaker says ‘there are no students here’. So that was that, we got back in the car and went back to Dublin.

“It is far from that we are now but this is it with me, madness follows me around, and that is why I end up getting such good material and stories.”

Byrne, ever present star of comedy shows on TV in the UK, who recently filmed a new series for TV3 and a new gameshow for Sky TV, is back with a brand new tour called ‘You Name The Show’, which pushes the concept of improv to its very limits.

“The show is very free ‘wheely’ - it is kind of like organised chaos,” he says, a touch tongue in cheek as there is actually a wheel on stage that determines the direction of his act.

“I have been doing it for a couple of months and there is a wheel on stage and I spin that wheel, and whatever it lands on, I have to do or say and the same with the audience, they have to help as well.

“I love doing it, it keeps me interested. I do mix it up with stand up and props - but people just think the whole show is made up.

“Basically I just love the danger - the more dangerous the show, the quicker I can think. The more chaos - the wheel is like a wheel of fate, it causes chaos and guides the show. People love it!”

- Jason Byrne returns to the UCH on Saturday, February 7. See here for tickets