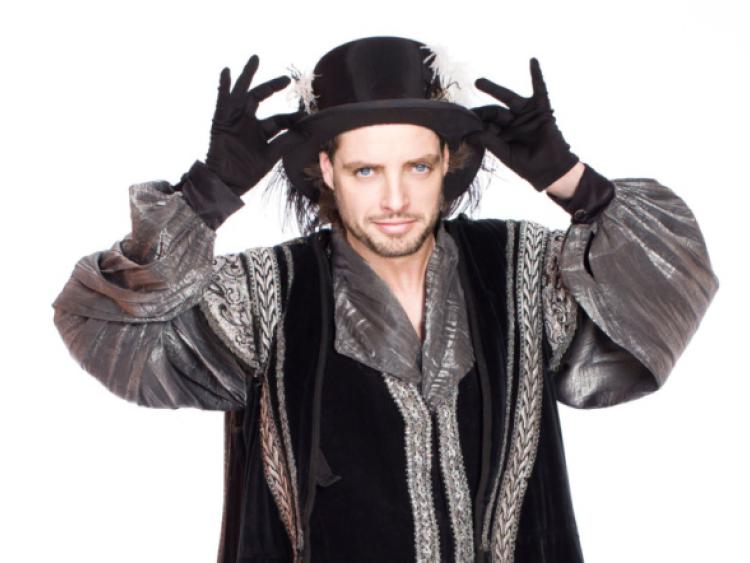 MYLES Breen, stalwart of Limerick panto and theatre, says he is ready to step into the frock and high heels vacated by Twink after recent events saw her vacate the role of Dame.

MYLES Breen, stalwart of Limerick panto and theatre, says he is ready to step into the frock and high heels vacated by Twink after recent events saw her vacate the role of Dame.

Boyzone and Coronation Street star Keith Duffy has been enlisted to sprinkle some star power on the UCH production of Jack and the Beanstalk, opening on December 16, in the absence of Ms King, who was released from her contract due to ‘artistic and contractual differences’ last week.

Producer Robert C Kelly said that Duffy would take on the role of the ‘Baddie’ in the production, marking the star’s first appearance in panto in Ireland, while Myles Breen will fill Twink’s shoes as the Dame in the show.

“I have done the Dame many, many times and last year was the first year I hadn’t worn the frock in many years, so once again I am back in the high heels, and the wig,” said Myles, returning for his third straight panto in the UCH along with fellow cast members Richard Lynch, Leanne Moore and others, including George McMahon and Richie Hayes.

“I love doing the Dame and I love doing panto in Limerick. It is unfortunate the scenario, but it is a great team and a great production and a fabulous cast and crew, so I hope people will come along and see a spectacular, fun filled family show.”

Asked if he was sad to see Twink depart the production, Breen said: “I am sad in the sense of it got to that stage. I was not involved in that but as they say, the show must go on.”

Duffy, whom Breen said had “earned his acting chops as an actor”, said he was “very excited to be heading to University Concert Hall for Jack and The Beanstalk”.

““This will be my first time in panto at home in Ireland and I’ve heard great things about this one in Limerick so I look forward to getting into the rehearsal room and getting started. It’s an added bonus to be playing the Baddie – I can have great fun with that!”

Twink confirmed in an interview with the Sunday Independent at the weekend that she was “fired” from the show, following a statement from the producer that she had been released from the role.

It was due to be Twink’s third straight panto in Limerick under the producer and long time collaborator, but this has unravelled.

She said she was “devastated” by the decision, apparently made after issues arose at the recent press launch in King John’s Castle.

However, as Myles Breen has noted, the show must go on regardless.

Jack and the Beanstalk opens on December 16 and runs until January 4. See www.uch.ie for more details