Curtains up for premiere of new Newport play 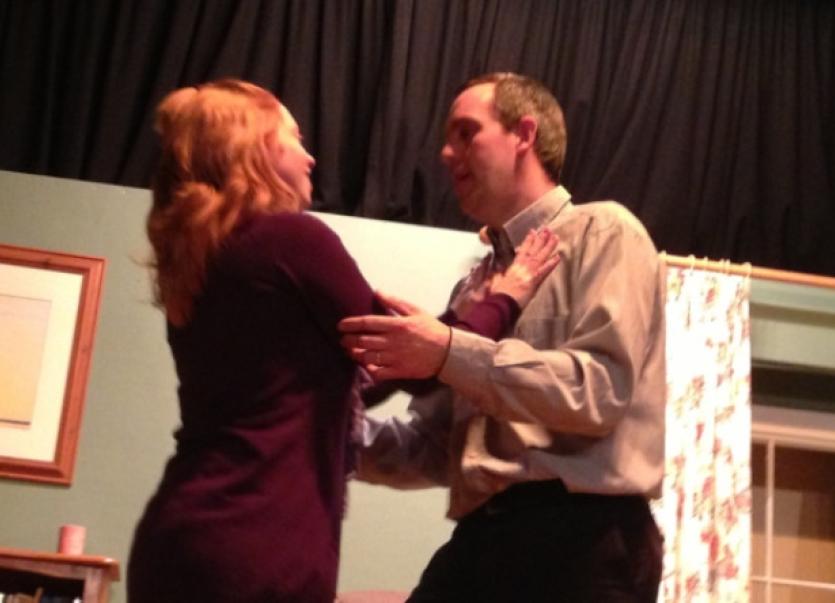 AFTER MONTHS of rehearsals Newport Drama Group are looking forward to putting on the premiere of A Friend in Need.

AFTER MONTHS of rehearsals Newport Drama Group are looking forward to putting on the premiere of A Friend in Need.

Chairperson of Newport Drama Group, Anne O’Toole says after months of rehearsing on cold, dark nights their reward is “entertaining the biggest audience we can entice to our performances in Newport”.

Everybody needs a lift with the rotten weather at the moment and Jimmy Keary’s play is sure to put a smile on faces.

“This hilarious comedy is the latest in a long list of plays written by Jimmy, including The Maiden Aunt, Too Close To Home and Here Comes The Bride.

“The group are pleased to have the honour of staging the play’s premiere. The production, directed by Tim McInerney, will feature a nine strong cast of some of Newport’s most experienced and talented actors, including Pauric Kennedy, James Collins, Tom McCabe, John O’Neill, Olive Buckeridge, Lilly O’Grady, Margaret Meskell, Noreen O’Brien and Cathriona O’Brien,” said Anne.

Newport has had a fantastic reputation for its theatrical productions ever since the fifties and since the drama group was revived in 2011, it has gone from strength to strength.

Their production of Moll was a big success and their performance of the John B Keane’s Sharon’s Grave really turned heads.

Curtains up at 8.30pm sharp each night. For further information contact 086 2743587 and for more information see Newport Drama Group’s page on Facebook.