Mary still has X-Factor as she takes on changing role 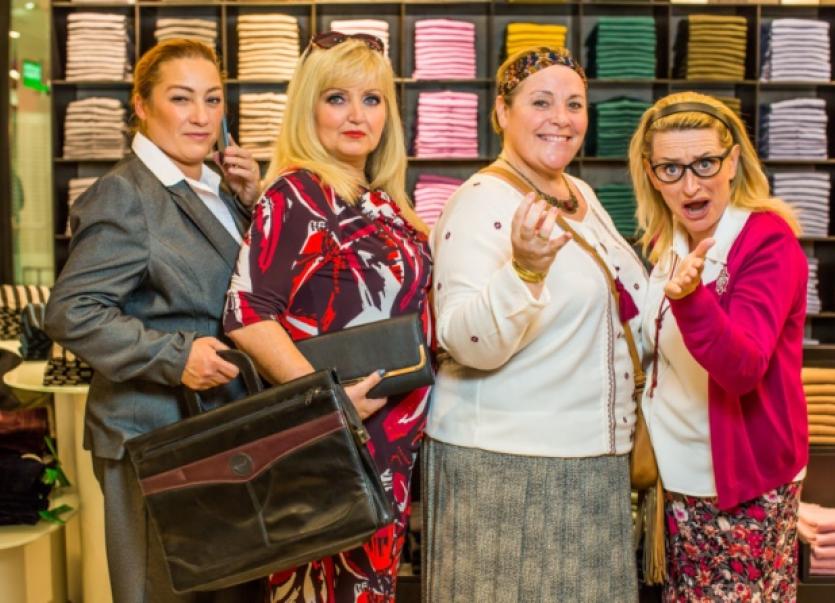 X-FACTOR star Mary Byrne says she “didn’t hesitate” when the call came in from producer Robert C Kelly offering her a part in Menopause the Musical, despite never taking on such a role before in her short career.

X-FACTOR star Mary Byrne says she “didn’t hesitate” when the call came in from producer Robert C Kelly offering her a part in Menopause the Musical, despite never taking on such a role before in her short career.

The Ballyfermot woman - who reached the semi-final of the television show in 2010 - features alongside Eurovision winner Niamh Kavanagh and Sue Collins and Linda Nolan of The Nolans in the “all-singing, all-dancing comedy, which celebrates women and The Change,” as the press material heralds.

“This is my first time to do a play of this proportion,” says Mary, taking a break from rehearsals from the Richie Hayes directed show, which comes to the UCH later this month.

“I have never danced this amount in my life. Needless to say the legs are a little bit sore and I am getting muscles where I never had them - so it is great. It is a great experience, it really is, it is hard, but a great experience,” she adds.

Byrne has released several albums since leaving the show, performed for the Queen and with Neil Diamond, and continues to carve out a singing career, but admits the jump to stage musical theatre is a big one.

“Robert range me in January,” she says of the famed theatre producer. “I spoke to him a long time ago about doing a panto - just as I came out of the X-Factor, but I was tied up in contracts so I couldn’t do anything at that stage. But when he rang me, I was quite shocked, because I had just been thinking about him over Christmas, and then the phone call came.

“I didn’t hesitate, but I didn’t know what I was letting myself in for,” she laughs. “It is another little tick off the bucket list for me. I am not saying I am an actress, I have never had any training, so I don’t know how I am going to come across, I hope I come across as me but the character as well. It is a great learning curve for me.”

Byrne says the serious message behind a fun show is that while menopause might be different for every woman, “you are not on your own and it is not the end of the world and there is much more beyond this part of your life”.

The X-Factor star - eliminated at the live semi-final stage five years ago - says she would go back to the show “ in a heartbeat”.

“I know people criticise it because of different things they do and the way they see people being portrayed in it, but when you are in the X-Factor, you just go along with the journey,” she says.

“You don’t realise the opportunity you have been given. I was sitting on a till up to the time I went on the X-Factor just dreaming of a career that I wanted all my life, but never had the courage or a chance to do.

“I would never had this opportunity if I hadn’t taken my big bum and went on the X-Factor stage. It gave me a platform I dreamed about all me life. It was unbelievable.”