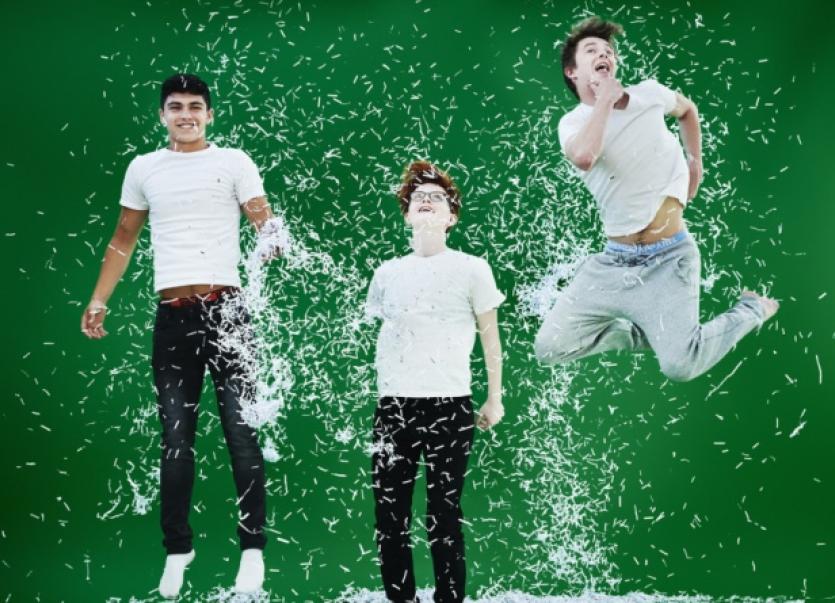 The trio - all members of youth theatre in Limerick, in the city and the county - of Sean Hammond, Taylor Moloney and Sam Molony, will feature in Carmel Winters’ Salt Mountain, directed by Jo Mangan, at the Project Arts Centre in Dublin from August 24-29.

The National Youth Theatre production is a new play commission by the Abbey Theatre for the National Association for Youth Drama and rehearsals, featuring Sam, from Meanus, Sean, from Harry’s Mall in the city and Taylor from Pallasgreen, have already started in earnest ahead of opening night.

16 young people from around Ireland - aged between 16-20 - are taking part in the production of Salt Mountain, billed as “a powerful epic about a people cast out of their lands by war, and pulled together by their efforts to survive it”.

“The challenge in writing this play was to summon a bold vision that would excite and energise a cast of 16 young people and in turn, of course, an audience,” says Carmel, who was commissioned by the Abbey to write the play.

“I loved writing for a large ensemble, and writing for young people encourages you to be exuberantly theatrical. There are large scale action sequences and even a few songs – which were a real delight to write,” she added.

Sam Molony, 19, said it was a “huge privilege to me” to be involved, adding: “I know that the journey I have embarked on will teach me so much.”

See www.nayd.ie for more details on the production.