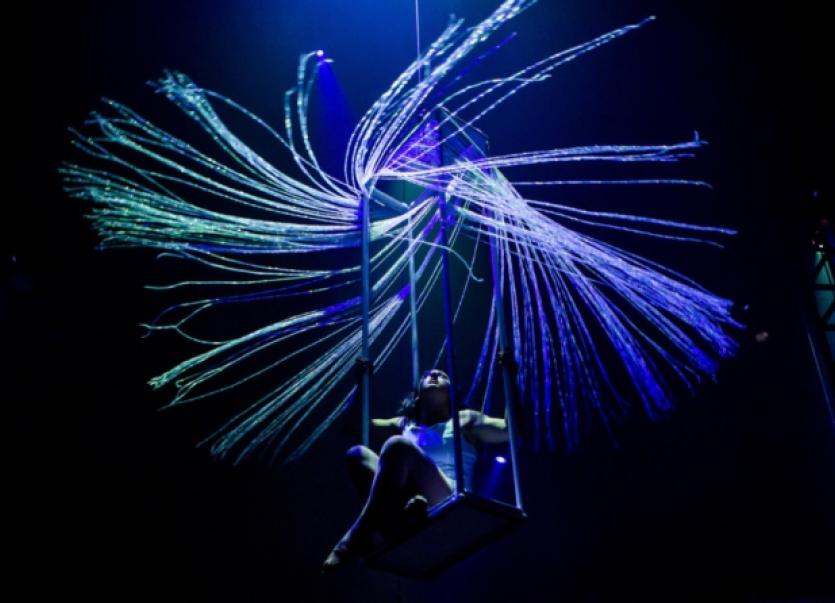 The UK’s leading large scale contemporary circus company No Fit State has arrived in Limerick for the next big international show for City of Culture, the thrilling Bianco.

The UK’s leading large scale contemporary circus company No Fit State has arrived in Limerick for the next big international show for City of Culture, the thrilling Bianco.

A visual, physical and sensual show, it is circus without clowns or animals - a thrilling, theatrical and acrobatic show set to live music, with jaw dropping aerial work.

Artistic director of No Fit State Circus’ Bianco, Firenza Guidi, told the Limerick Leader recently that the show was about “painting with human beings”.

There is no real narrative at play, save for the show’s creator using José Saramago’s novel The Elephant’s Journey as a jumping off point. The ‘cast’ are international, some whom have graduated from the street to world class performer level.

It is messy, abstract and unashamedly joyful. What it is far from is “green leotards, plumes and feathers, and 20 people that look the same” - as the passionate Guidi said.

“You are coming to see individuals that are first of all human beings, that are messy, there is sweatiness. It is raw, raucous and infectious. I really like a performer that is a circus performer, that actually has a thinking quality.”

No Fit has visited over 15 countries and played to hundreds of thousands of people.

A travelling world with deep roots in its home community of Cardiff, it is a village on the move that extends roots around the world.

Construction on the circus show’s ‘Big Top’ has already started in the car park alongside the Culture Factory, which recently played host to Fuerza Bruta.

While the action in this two hour and 20 minute show - with interval - happens around you and above, that is where comparisons to Fuerza end.

Although there is no linear narrative to Bianco, the promenade style theatrics, coupled with high wire, strap and trapeze work, are all immediately familiar to the audience.

The Culture Factory will again host bars and food stalls, live music and audio visual installations on site, including the Haselbeck photographic collection.

The show opens on Saturday and runs until June 22. See www.limerickcityofculture.ie for details and tickets.