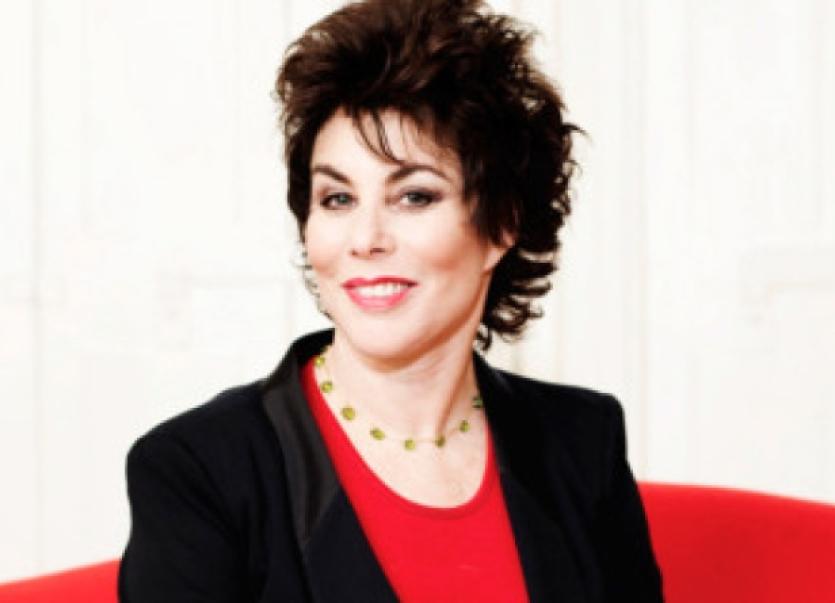 LIMERICK’S Lime Tree Theatre has announced a new programme of works for 2014, including a talk by comedian and mental health campaigner Ruby Wax.

LIMERICK’S Lime Tree Theatre has announced a new programme of works for 2014, including a talk by comedian and mental health campaigner Ruby Wax.

Wax is bringing her new show, Sane New World, to the theatre in Mary Immaculate College on Thursday, April 10 next, as part of her forthcoming Irish tour. The show is based on the book of the same name, published last June, which reveals that behind all the laughs she has been on a tough but enlightening journey in recent years. Her now well publicised battle with depression has taken her from the Priory Clinic in London and crucially led her to undertake an MA from Oxford University in mindfulness-based cognitive therapy to better understand her own condition and help others.

“It will not be the typical Ruby Wax comedy show that people might expect, as she will be discussing her recent work on the subject of mental health. We definitely expect it to be a sell-out show, and have had loads of enquiries and bookings already. We’re really lucky to get her in Limerick,” said Gillian Fenton, marketing manager of the Lime Tree.

Another highlight in their programme of events will be the production of The Colleen Bawn by the prestigious Druid Theatre Company for five nights from February 4. Details have already been announced for the Kate O’Brien annual literary weekend, with writer Edna O’Brien taking to the Lime Tree’s stage for a conversation with broadcaster Mike Murphy on February 23.

Ruby Wax’s show will start at 8pm. Tickets are priced at €20, with concessions available.