Fuerzabruta will be a ‘different kind of theatre’ for Limerick 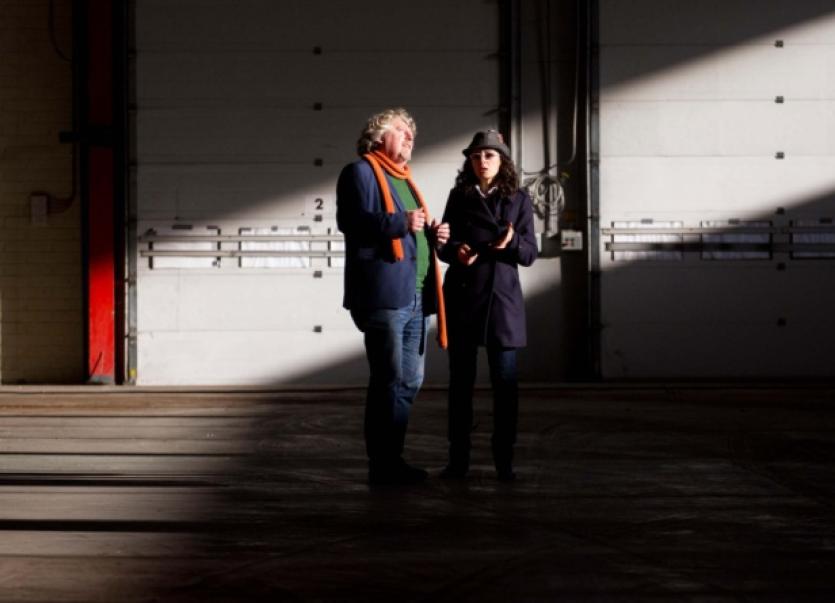 The woman responsible for booking the Irish premiere of Fuerzabruta, an Argentinian-founded “multi-sensory spectacular”, explained that she had “spent many weeks trying to find a venue for this show, traipsing around industrial units”.

None were appropriate for the “first big international show” of City of Culture, which opens in the newly named Culture Factory in March.

The massive 350,000 square foot industrial unit, which was home to Dell before it moved its operation to Raheen 11 years ago, has been secured as a venue for the next year.

“None of them were tall enough, or else they all had supporting pillars - and then I walked in here and went ‘yes’, so I am thrilled that this is going to be used, not just for Fuerza, but for the year,” explained Ms Woolgar, the sole remaining programmer who remained after artistic director Karl Wallace and two of his team resigned.

Ms Woolgar explained that two of the other shows she was responsible for booking - Shouting Fence and Faust - will also be staged in the warehouse.

But for the moment the focus is on Fuerzabruta and, with 13,000 tickets to shift, City of Culture this week moved swiftly to try and maintain the energy created by a sell-out run of Riverdance in the UL Arena.

Securing the show, which will run from March 13-22 as the next of the key flagship events and is currently in the midst of a three month, sold-out run in London’s Roundhouse, represents a major coup.

Launching the immersive, acrobatic show, which has earned an international reputation as an “outstanding rave” since it was first performed in Buenos Aires in 2005, interim CEO Mike Fitzpatrick said it would be “a phenomenal event”.

“It is a fantastic show, I am really excited about it,” he said. “It is great that it is coming to Limerick first as part of City of Culture and it is so exciting to have that buzz here.

“What a great way to start the Culture Factory, which is this wonderful asset we have for the year.”

Company manager Mariana Mele said it would swirl “overhead, along, on your back - everywhere” and will take over a section of the building known as the High Bay, which features 15m high ceilings and 70,000 square feet of space in which to perform.

She explained that Fuerzabruta - a standing show containing scenes of mild nudity and violence with strobe lighting and loud music - was “a different kind of theatre”.

“I think that instead of expecting, people have to come and celebrate with us,” she said. “We don’t want to be intellectuals, we want to mix primitive theatre with new technologies so they are part of the show.

“Each show is going to change depending on the audience we have, so they just need to come to celebrate and to live the experience.”

To book tickets, go to the Limerick City of Culture website - and for more, watch a video here.