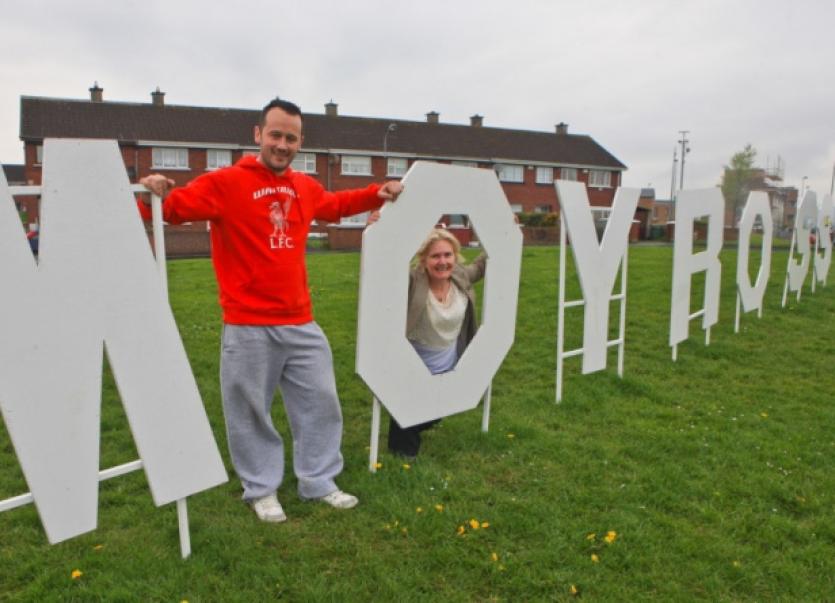 FOR YEARS it was known as the blackspot of Limerick; a no-go area, plagued by criminality and social disadvantage.

FOR YEARS it was known as the blackspot of Limerick; a no-go area, plagued by criminality and social disadvantage.

But the residents of Moyross this will week tell the true story of their community - which they say bears no resemblance to the portrayal of the area in the national press.

Under City of Culture, over 60 members of the community, from young children to grandparents, have received their acting cues from THEATREclub, a young Dublin based theatre collective, over five weeks.

And from this Wednesday night, they will take to the stage in the 500-seater Lime Tree theatre in Mary Immaculate College to reveal their Moyross, and illustrate the differences between people’s lives and the headlines.

Titled MOYROSS, the production which runs from Wednesday to Saturday, tells the story of the area from when it was built in the 1970s up to the present day.

“What we have experienced in Moyross has been the polar opposite of what you read in the media. We feel really privileged to be involved in this community and this show,” said actor Louise Lewis of THEATREclub.

“The talent here is just incredible, and people have so many positive stories they want to tell. They certainly could give Hollywood a run for their money. You really can’t keep these people down. It’s about time the people of Moyross had the chance to tell their side of the story,” she told the Limerick Leader.

“It’s great to have this production under City of Culture, and Moyross is as much a part of this city as any other area. It’s the people of Moyross who are leading them; we are just facilitating them,” she said.

Dean Quinn, 29, who left school at 13, and became the first person from Ceim ar Ceim, a youth outreach service, to attend university, is among those with a positive story to tell.“If it wasn’t for Ceim ar Ceim, my parents, and playing for Moyross United, I could have gone down the wrong road,” said the Sarsfield Gardens resident.

“There’s great community spirit here. People try to knock us back, but we keep coming back,” he added.

Sheila Fitzgerald O’Donnell, 52, originally from Kileely, was expecting her second child when she moved into Pineview Gardens when they were built, and now living in Shanagolden, said “my time in Moyross was one of the happiest times in my life.”

“I was only about 20 when I moved in. I had one child and was expecting my second baby. Majella Conway moved in at the same time, and her baby was the first born in Pineview and mine was the second born.

“It was impossible to get a house in those days, but they were the best built houses in Moyross. The neighbours were great; no one ever went hungry. If you were short a tenner you could ask anyone on the road for it. We all shared with each other,” she said.

Sheila, too, left school at 12, and is now a successful businesswoman, running Flowers, Frocks and Frills in Watchhouse Cross.

The one hour, 20 minute production runs each night at 8pm.

For more, see the weekend editions of the Limerick Leader