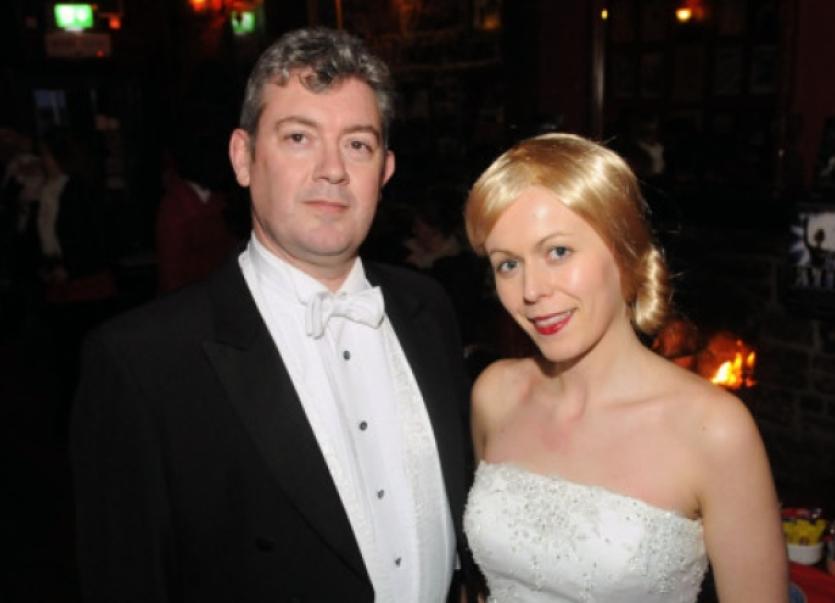 THE epic musical Evita will be making its debut in Limerick next month, as the University Concert Hall hosts the latest offering from the Limerick Musical Society.

THE epic musical Evita will be making its debut in Limerick next month, as the University Concert Hall hosts the latest offering from the Limerick Musical Society.

Between Thursday, March 20, and Saturday March 22, it is hoped the theatre will be packed for the landmark musical, which follows Eva Peron from her humble childhood to the most powerful woman in Latin America.

The production has won countless accolades, and became the first British musical to receive the Tony award for Best Musical.

The official launch of the musical took place this week at Dolan’s Pub on the Dock Road, where some of the main players in the show took time out to talk to the public about the up coming show. Eva Peron will be portrayed by Gemma Galvin, who has taken part in a number of performances with the Musical Society.

On top of this, she travelled to Buenos Aries, Argentina where she visited Eva Peron’s home, to get a feel for the character. Elsewhere, Shannon man Martin McNelis will portray Juan Peron, and Che Guivara will be played by Athlacca man Mikey O’Gorman.

The chairman of the society James Scanlan, Raheen, said they began putting in place plans to stage Evita as soon as last year’s production of Oklahoma had wrapped.

Casting and rehearsals for the epic show commenced last October.

James says he really hopes Limerick people will come along and support the show.

“We are an amateur non-profit organisation, and it is only with the support of the people from Limerick we can continue our good work,” he said, paying tribute to the Woodworkers Society for building the set free of charge. Tickets cost from €19 to €21. For more information, telephone 061-331549.