College Players prepare to bring A Doll’s House to life 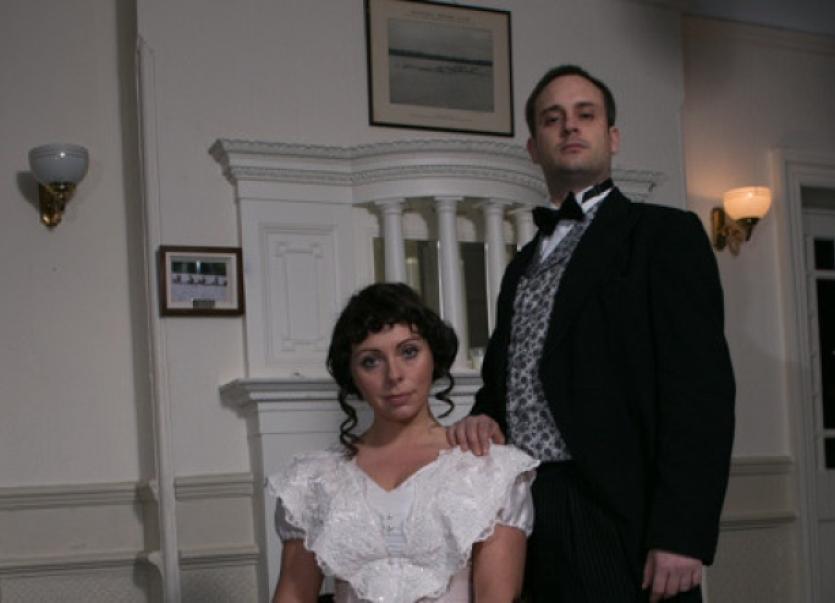 The play, first performed in Copenhagen in 1879, dealt with socially contentious themes for its time of feminism, marriage and personal finance at the time and co-directors Marie Boylan and Chiarda Tobin feel it is as relevant to audiences now as it was when it was written.

“It should be interesting. There are a lot of complex characters in it. Ibsen broke away the fourth wall and what we are trying to do is break away all the walls,” explained Marie, who has previously worked with Tobin on the superb Siege and A Different Animal in UnFringed festivals.

“We are using the original text, so it is as was and we are not changing it and not taking it into a context that it is not supposed to be in.

“A modern audience need to realise how groundbreaking it was at the time.”

The ability to do this is helped in no small part to some majestic staging, designed by Gerry Lombard, who worked to spectacular effect on Leading Ladies in the UCH last year for College Players, Limerick’s oldest theatre company.

“It should be set in the one living room, but we are actually creating a house of it and you see a lot of what happens off stage in the text - we are bringing it on stage,” explained Marie.

Sinead O’Sullivan and Nigel Dugdale are among a top class cast for the play, which deals with a trapped housewife threatened with financial and social ruin.

“We have a great cast, fantastic. It is a challenge for everyone, the play,” explained Marie. “College Players are incredibly professional in their approach so we are going for a professional standard, we are pushing our actors and the set and all aspects of the show so that it is on that standard, equal to any travelling company that would come to Limerick.”