The Country Boy comes to Emly 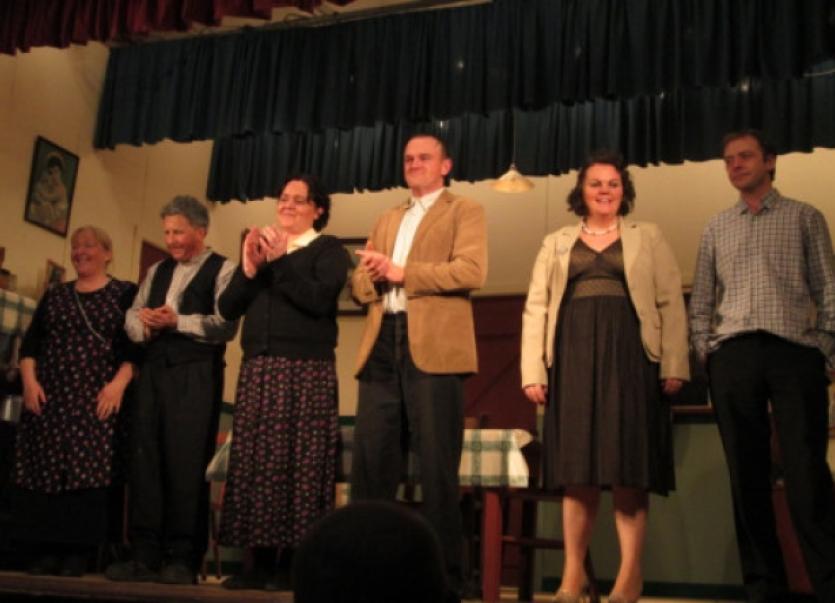 THE Country Boy, a story of emigration, alcoholism and the farming life in Ireland in the 1950s will run in St Ailbe’s Hall in Emly this weekend.

THE Country Boy, a story of emigration, alcoholism and the farming life in Ireland in the 1950s will run in St Ailbe’s Hall in Emly this weekend.

“There is a well experienced cast starring in this production which is guaranteed to be a wonderful night of entertainment,” said Denis Heffernan who is involved in the production.

Emly Variety Players have staged many productions over the past 30 years including musicals, pantomimes and dramas.

Their current production of The Country Boy written by John Murphy is a well-known old favourite. “The scene is set in the West of Ireland in the late 1950s. It tells the story of a rural family dealing with emigration, alcoholism and the farming life at that time,” Denis explained.

The play which opened last weekend will run over two nights this weekend – Saturday and Sunday.

All proceeds from this production will be donated to the Emly National School building fund. “We are building an extra classroom and a toilet for the disabled,” Denis explained of the proposed extension.

Members of the cast have been rehearsing for the past six weeks in a bid to ensure that everything runs smoothly on the night.

Denis’ own son Paudie plays the part of Curley in the production. “There has been a long tradition of Heffernans involved in drama in this house. We have been involved for the last 30 years. My wife Mary and I have played a lot of parts in Big Maggie and Moll and all of the famous John B plays,” Denis continued. “Mary is still involved with the cast and on the door and doing the make-up and the usual things. We had two good nights at the weekend and we hope for more of the same this weekend.” This production is being staged in St Ailbe’s Hall Emly at 8.15pm on Saturday, March 9 and Sunday, March 10. Tickets are priced: adult €10 or children €5.