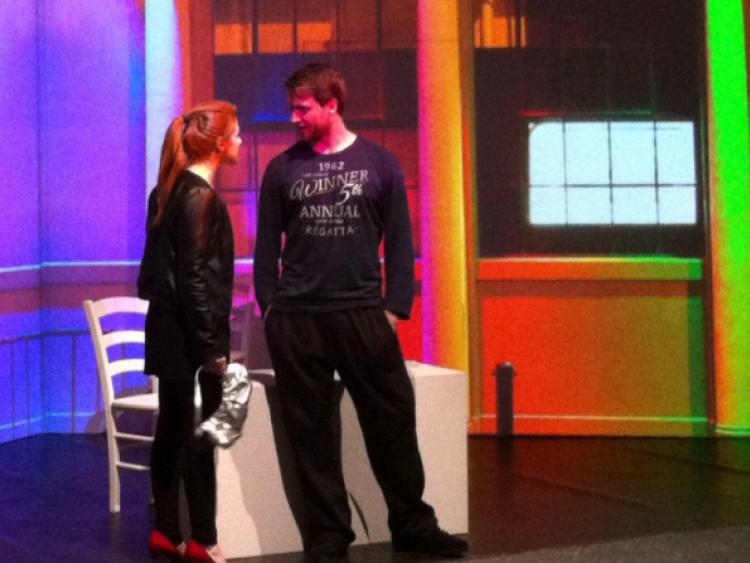 LIMERICK theatre company Honest Arts are in Canada this week, having been selected to perform their piece, Waiting in Line, at the Toronto Fringe Festival.

LIMERICK theatre company Honest Arts are in Canada this week, having been selected to perform their piece, Waiting in Line, at the Toronto Fringe Festival.

The piece, starring Pius McGrath, Johanna O’Brien and Eva O’Connor, was performed last year for City of Culture, utilising artistry and the latest in 3D mapping technology to tell its tale.

The fast paced, thought provoking, commentary on the ‘social welfare culture’ that has been created in Ireland in recent decades, is directed by Tara Doolan and will run in Toronto until July 12.

Honest Arts was set up in 2013, touring to the Edinburgh Fringe with The Mid-Knight Cowboy, which it also took to New York. The company’s purpose, it explains, is to “tell original contemporary Irish stories with a universal message”.

Writer, producer and lead actor Pius McGrath said that the Irish Diaspora in Toronto may relate to issues contained in the production.

“Waiting In Line is a social commentary about social welfare in Ireland over the last 20 years, and it deals with eight or nine principal characters who come from all walks of life, who find themselves in the dole queue, and the set then bounces back and forth from the social welfare office and their own domestic lives and situations,” he explained.

“In Toronto, there are a lot of Irish people out there at the moment and our story highlights some of the reasons why some of them might be there, which gives it relevance over there. And there is a lot of excitement on the ground over there. We have been speaking to a lot of Irish-based media outlets in Toronto, and they have been very keen to talk to us,” the actor said.

Pius said the use of 3D mapping and technology was “to enhance the story. It renders a completely immersive 3D environment for the audience and for the actors”.

“Basically your name is plucked out of a hat from the shortlist and we were lucky enough to have been selected,” added Pius.

Waiting In Line runs in Toronto until July 12. It will also be performed in UL in September.