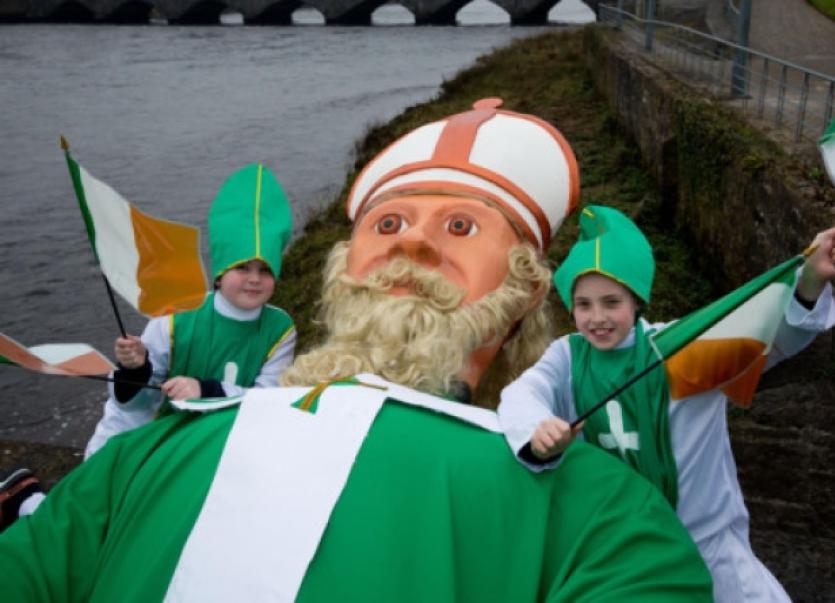 LIMERICK’S City Hall will join a trio of landmark buildings in the city and county ‘going green’ this Saint Patrick’s Day.

LIMERICK’S City Hall will join a trio of landmark buildings in the city and county ‘going green’ this Saint Patrick’s Day.

The seat of local authority power will glisten green this Sunday along with three of Limerick’s most iconic landmarks, the Clarion Hotel, the Hunt Museum and Adare Manor, which will be lit up in keeping with thousands of buildings all over the world who will mark the day with a splash of colour.

This is the first year that City Hall and Adare Manor join the ranks of buildings worldwide that are illuminated emerald in honour of the patron saint.

Sarah Stuart Trainor, director of marketing at Adare Manor, said that the hotel took the decision to ‘go green’ as 2013 is “the year of the Gathering and this is a first for us, we are all very excited about it and we will join the major places around the world that do this.”

Limerick is set for a Saint Patrick’s festival of epic proportions, with the centrepiece parade down the city’s main thoroughfare expected to draw out up to 70,000 spectators.

The parade - Ireland’s largest regional procession - will take place from 12 noon and feature thousands of participants, including street theatre group Macnas, while hundreds of kids are to dress up as the patron saint in a world record bid for the most St Patricks in one place.

Then on Monday, the 43rd International Band Championship will feature more than 1,000 musicians, including eight bands from the USA and Canada, all marching in song down O’Connell Street.

For Limerick’s parade, which drew 70,000 spectators out onto the streets to see 3,500 participants last year, a 14-foot statue of Saint Patrick - doubling as the grand marshal this year - will be followed in the procession by a ‘Parade of Patricks’, as 250 city kids attempt to break a world record for most people dressed up as the saint in one place.

Well known local playwright Mike Finn, who is spearheading the record attempt, has been working with community groups across the city to smash the previous world record of most Saint Patricks in one place, set in Kilrush last year, which stands at 207.

“I am working with five different community groups to create costumes - St Patrick’s GAA club, the Model School, Scoil Carmel, Limerick College of Further Education and St Mary’s Parish - and each of those groups are supplying 50 participants,” explained the Killinaskully writer.

The theme of the parade is Saints and Scholars and is to feature dozens of brightly coloured floats and Mayor of Limerick Cllr Gerry McLoughlin said it was likely to be “the biggest occasion the city will ever see.”

“I am sure it will be a delight for everyone and present a very positive image of Limerick,” he said.

More details on Limerick’s St Patrick’s Festival - including the International Band Championship - can be found on www.limerick.ie/stpatricksfestival.