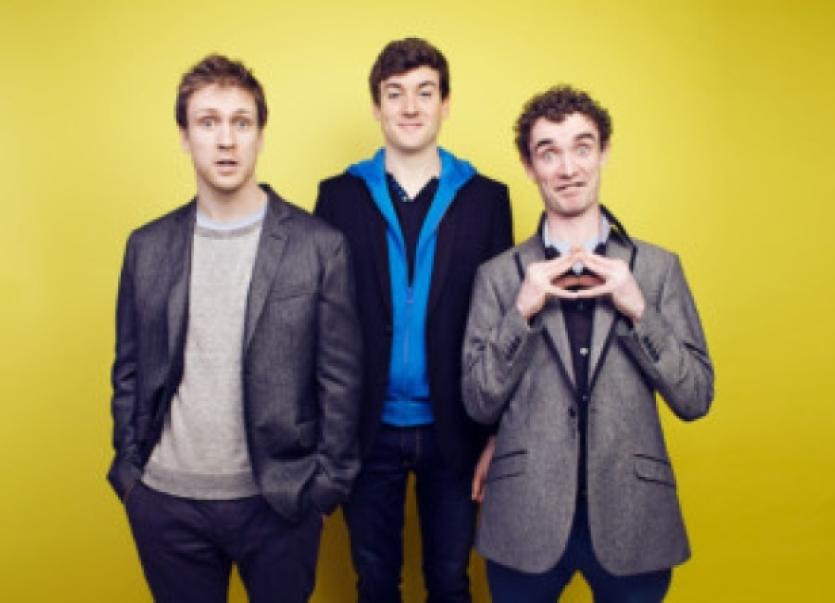 FOIL, Arms and Hog are looking forward to facing off against ‘comedy nemesis’ Karl Spain in Dolan’s Warehouse.

FOIL, Arms and Hog are looking forward to facing off against ‘comedy nemesis’ Karl Spain in Dolan’s Warehouse.

The Dublin comics - billed as Ireland’s “top sketch group” - come to Limerick for the first time ever off the back of tour of America and Australia. MC Karl Spain has been known to give them a hard time, it seems.

“We are having an ongoing tete-a-tete with that man, no one has insulted us more bringing us onto a stage over the last couple of years,” laughs Sean Finnegan, who makes up the well-named comedy trio along with college pals Sean Flanagan and Conor McKenna.

“It is actually horrendous some of the stuff he has said! I hear he is the boss down in Dolan’s.

“He is a gas man. God knows what he is going to come up with in his home town, he will have a field day with us.”

The trio have been together for six years, with an ever burgeoning comedic reputation for their live shows, which mix sketches and stand-up.

“People say sketch and it is such a dirty word that people withdraw into themselves sometimes,” laughs Sean.

“To get gigs in Ireland you have to do the stand-up circuit, so we have developed a style, I suppose it is a mix between stand-up and sketch and improv. The lines aren’t precious, we are tearing up the rule book and we encourage heckles - it is bit more raucous.

“You have to be quick off the mark, we try and keep it punchy.

“Sometimes we stray into dark, surreal stuff - you have to test the waters with the audience, make sure they are ready for it! There is definitely a pace to it. You have to come to the show to find out.”