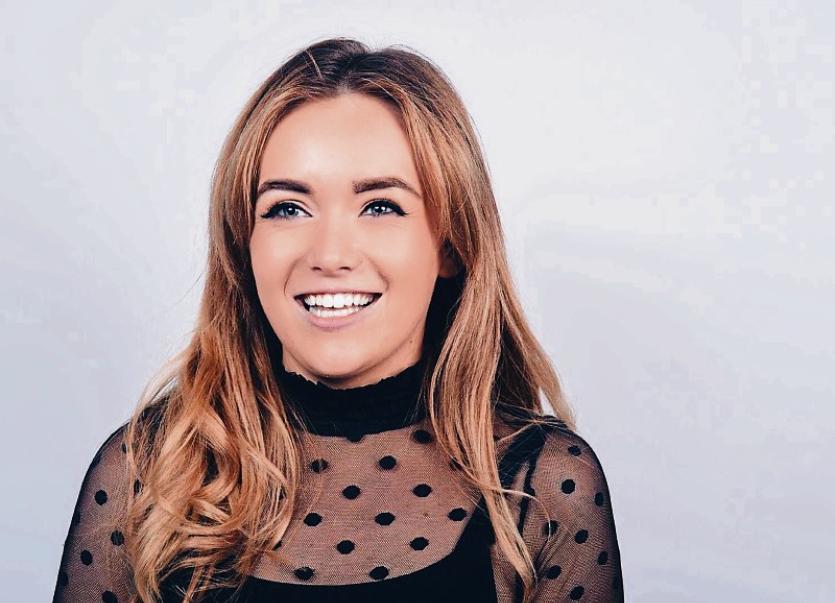 Born in Co Kildare, I grew-up in a little bungalow just outside of Newbridge.

I had always wanted to move away to attend college and knew that if I chose a Dublin university I would end-up doing the dreaded commuteqQ everyday. The alternative was to look for a good art college outside of the capital which is how I found Limerick School of Arts and Design (LSAD) and ended-up moving to Limerick. I graduated last year and received a Bachelor’s degree in Visual Communications.

I really loved studying at LSAD, it’s a relatively small college but it definitely has a distinguished reputation in the art and design world.

The advantage of the college being small is that you really get to know students from all disciplines and years, which is a huge advantage after you graduate and want to network and collaborate. I had some really great tutors as well who genuinely want the best for their students, and had all the time in the world for me if and when I needed them.

My final year project, entitled; ‘The Digital Dark Age’ was a concept that I stumbled across in 2016, when I was combing through old family photographs and postcards.

I wondered what artefacts, my largely digital generation, would leave behind and while reading a bit about the subject I uncovered that the problem was larger than I had previously thought. Surprisingly, I found it affects every facet of our lives from our own personal histerory to large scale historical events. For instance, I have lost nearly all of the photographs of my life between the ages of 12-15. This was because I had them all stored on Bebo and when that website disappeared so did my memories from those years. While this was happening to me, Steve Jobs, the late CEO and entrepreneur, was attempting to retrieve the emails that were sent during the creation of one of the largest technological companies in the world, namely Apple. He employed a whole team of experts for months to retrieve these momentous documents but they couldn’t retrieve a single one.

‘The Digital Dark Age’ was such an interesting and unexplored topic that I knew I had to create something that would visually show the potential impact of this phenomenon.

I just find it fascinating, that potentially in 1000 years, historians might know very little about our era when it seems like we are the generation most famous for documenting every second of our lives. The idea of a digital glitch or corrupt files is something that a lot of artists delve into, but the long term effect of digital failure has gone largely under-explored. We need, therefore, to be aware of this issue in order to fix it. In the magazine that I produced exploring this topic, I explored the reasons behind why it is happening and also how to prevent it. However, there hasn’t been a foolproof solution as of yet. In fact, most experts recommend that if you really love something you should print it off and stick it in a shoebox under your bed.

No one person singularly influenced my career choices but seeing creative people being successful was the ultimate motivator for me.

For example, people like Casey Neistat, Filmmaker and Youtuber, who produces creative videos without compromising on commission or Annie Atkins, graphic designer for film who worked on ‘The Grand Budapest Hotel’, who has so much passion for what she does and is so excited to share her knowledge with others. I have definitely made a few mistakes in my career choices so far but I have also learned an awful lot through making those mistakes.

Currently, I am working on a graphics project inspired by the letters of my late father which were written while he travelled the world on a cargo ship in the 1970s and 1980s.

It was a time before computers allowed us to stay connected worldwide which meant that multiple letters had to be shipped home simultaneously in order to keep everyone up to date. This resulted in a massive stack of letters that have lasted down the ages. The project is almost the antithesis of my previous work on ‘The Digital Dark Age’. Sadly, my dad passed away before I was born, and until I found his letters last year, I didn’t really know who he was as a person. I had heard plenty of stories from all of the people who loved him dearly but reading the letters gave me an insight into his mind, (they are unfiltered, raw and pretty funny). I have learned so much from them, everything from his musical taste to his experience during the troubles and the Dublin bombings.