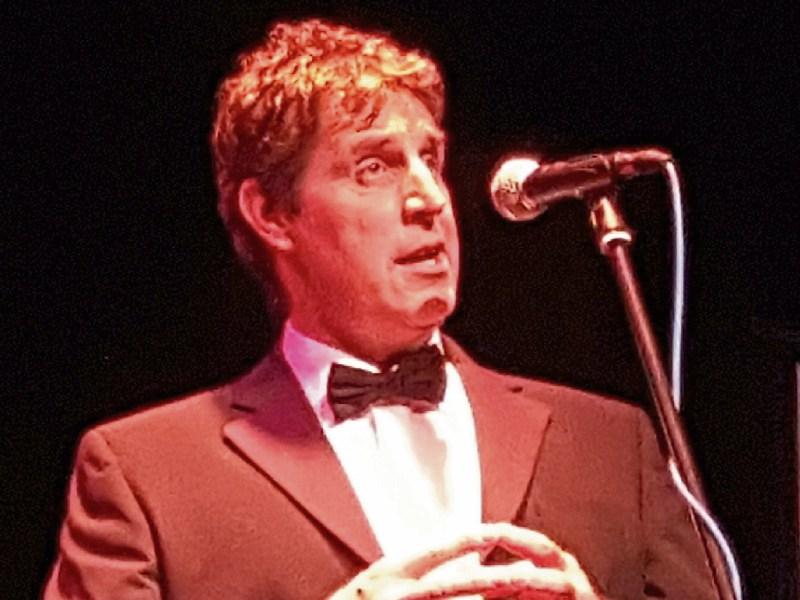 BORN and raised in Curraglass, Co Cork, my parents Kevin and Joan were from Mallow and Lismore respectively.

I have two sisters, Sinead and Siobhan, and a brother, John. All have a fondness for music. My education took place in Curraglass NS and thereafter the Christian Brothers Secondary School, Lismore. My sister Sinead, who was in Loreto, Fermoy, got me to take vocal lessons from Clonmel’s Mother Benedict Woods. Having had success in Cork’s Feis Maitiú as a 12 year old boy soprano I still remember singing a Song called; ‘Have you seen a little dog’. However, singing was not a priority when a living had to be made on the family farm. That said, I sang solo for Tops of the Town later on.

Music was very popular in our home, with the likes of John McCormack's songs being played on a regular basis along with Placido Domingo.

This is how the seed was sown. It took many years before it came to fruition, however. Another favourite influence of mine is the tenor of Kenneth McKellar. This Scot’s Man had a beautiful voice whilst doing Handel‘s Arias real justice. He is truly underestimated in my opinion. RTÉ’s Cathal McCabe, our esteemed Director/Producer, has chosen many new numbers to perform but also has a few John McCormack, Joe Locke, and Mario Lanza tributes. One of the highlights of the year for me in 2016 was being accepted, along with three other Irish people, to attend the European Vocal Camp in Poland just outside of Warsaw. Here, I was given Musical Theatre and Classical workshops. We truly did our country proud amongst the 18 other nations present.

My grandfather was a famous tenor who sang before the 1947 All Ireland Football Final in the USA, when Cavan won.

This gave him contacts in America and he even got his own concert in New York’s famous Carnegie Hall. He died in 1965, the year that I was born, but his memory was always strong in our house with his legacy passed on through his three sons and a daughter, called Myra, who are all deceased bar my own Dad (Kevin), now in his eighties. However, it was Cathal McCabe, who convinced me that I had the voice and ability to take my musical career further. His good friend, Kevin Hough, also encouraged me and sourced a vocal coach in the form of Mary Brennan, in Dublin. Cathal previously toured with a tribute to John McCormack, with Joe Locke and others recently.

My mother's aunt Nora was married in Kilmallock to Jim Madigan who was from farming stock and they are both deceased.

However, my aunt Noreen resides with her husband, John and family, in Dooradoyle in Limerick city. She is very involved with choirs in the city and has seen me perform many times over the years. I remember Singing ‘Machula’ at Lime Tree Theatre, Limerick, and her eyes filled with nostalgia as she pictured her Dad whistling the melody in her youth. Cathal McCabe also narrates ‘The Golden Years– the songs we all love to sing’. Founder of RTÉ-2, Cathal produced The Late Late Show for many years and his best friend, Phil Coulter, has a special musical spot in the show (two proud Derry men). The up-coming event at Kilmallock is a nostalgic musical evening featuring some of the world’s best loved melodies, and also features soprano Sarah O’Mahony and pianist, Bethan Lee. Together, we will serve up an evening of classic songs from the American songbook, popular ballads, and unforgettable scores from the silver screen.

At the moment, musically it’s getting busy, and recently I even got a call to audition for Cork Opera House’s Choral production of La Bohème.

For example, on Sunday 21 January I will perform as a Guest Tenor with Killeagh Choir. As more requests come my way accompanists become pivotal. Indeed, it cannot be overstated how important they are. A good accompanist can bring the singer on a journey and also allow the audience to enjoy the performance even more. For example, the up-coming show will have a Top Lady from Cork School of Music by the name of Bethan Lee. A wizard from Co Offaly, our Soprano hails from Waterford, the beautiful Sarah O’Mahony, who toured with us last year. Time and time again she enthrals audiences.

I would most definitely encourage others to become involved in music.

For some it comes easy to them and for others it takes longer but the resulting confidence is worth the effort. Currently, I am a member of Youghal Choral Society and perform with them in many musical events. I am, also, involved with Lismore Musical Society and was involved with Lismore Choir until last year. They perform their annual Christmas Concerts every year at Lismore Castle and also perform at charity events, including Dungarvan Lions Club. Finally, they also put on a show each year at Glencairn Abbey.

Never, thank God, have I experienced stage fright but I would certainly be nervous before a performance.

Usually I find the second performance of any show, the most difficult, but as the show has to go on, so do I, and any nerves quickly settle. We become a family when touring with the show and the bond of music keeps us buoyant and upbeat!

‘The Golden Years – the songs we all love to sing’ starring the renowned tenor Frank Ryan, and featuring soprano Sarah O’Mahony and pianist Bethan Lee will run at Friars’ Gate Theatre for one night only on Saturday, February 3 at 8pm (Tickets €15/€12). For more info phone 063 98727 or visit the websites www.friarsgate.ie