Internationally renowned poet and novelist who spoke in Limerick recently 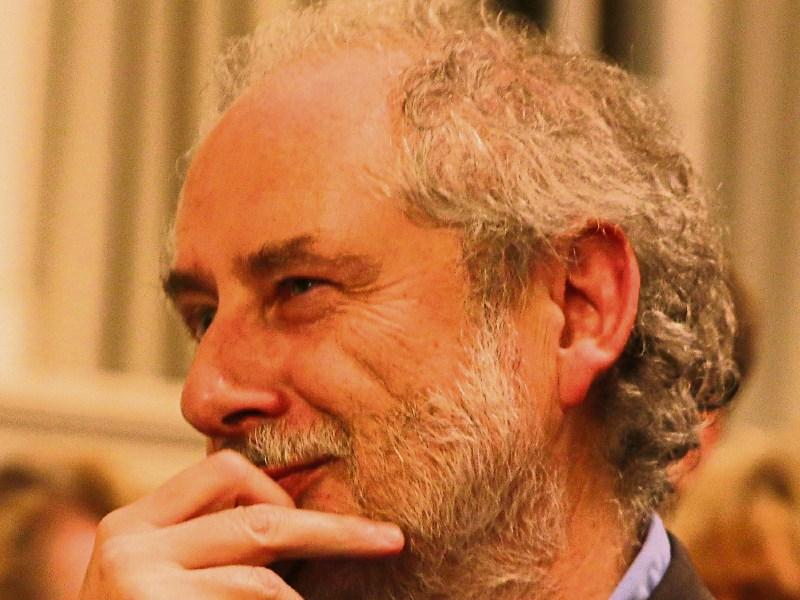 BORN in Salford, Lancashire, I grew-up in the industrial North-West of England, mainly in Liverpool, though with a five-year interlude in the coal mining town of Wigan.

After an eighteen year mid-life working in Japan, I am now living in Reading, in the Thames Valley just to the West of London. My education took place at Linacre Infants and Junior School, Bootle, then at St Catherine’s Church of England Junior School, Wigan, Wigan Grammar School, and finally Liverpool College. I took a degree in English and Related Literature at the University of York, and was then awarded a doctorate in contemporary poetry from the University of Cambridge. There were no writers in my family, but my mother was and is a steady reader, and there were plenty of books in the house when I was growing-up. No one person greatly influenced my life choices. I have been helped and guided by innumerable people along the way including teachers, friends, mentors, family, and the many writers I’ve read and met.

My entry into writing came via painting and attempting to play music.

For a long time I hoped to become a painter, but then as a teenager writing came to the fore, and I started trying to compose both poetry and fiction. It was poetry that marked me most indelibly, and so, today, I would describe myself as a poet who has experimented with the short story and novel. I don’t think that I ever actually wanted to become a writer. Rather, I started writing and then sought out ways in which to keep doing it and to publish the results. The important thing for me is what you do, not the name you get called for doing it. I’m not currently involved with any writing groups, but am the poetry editor for Two Rivers Press, based in Reading, and this means being in touch with a large number of local poets and writers. So I do belong to a community and am involved in making editorial decisions, discussing production values and design, as well as advising and mentoring others.

Poems can be inspired by a vast range of things, with more than one of them coming together.

I have written poems about family and friends, love, and marriage, parenthood, political events, landscapes, cityscapes, travelling, living in another country, money, financial pressures, the deaths of loved ones, and can find inspiration in the tiniest of things (being splashed by a passing white van, for instance). With stories and novels I need something strange or upsetting to have happened—not always to me—something where I need to explore meaning and implication by retelling it in a fictional form that allows more to be said through developing and focusing some aspects, and deleting, or shading-out, others.

The novel began in a series of incidents including a violent sexual assault that occurred in the mid-1970s, and it explores the complexes of events that lead towards and away from it. It is a book about growing up, but also being presented with experiences that make such a process much more necessary and difficult. Over the last few years I have also written a new book of literary criticism called ‘The Sound Sense of Poetry’, which is a fresh attempt to argue for the unique amalgams of sound and sense as a singular experience in writing, reading, and responding to poetry. It’s a kind of ars poetica due out from Cambridge University Press next year. Aside from these, I’ve recently completed a semi-fictional piece of psycho-geography called ‘The Constitutionals’—a book set in Reading, whose narrator is obsessed with ‘Robinson Crusoe’ and its various avatars. I am hoping it can come out to coincide with the tercentenary of Daniel Defoe’s novel’s publication in April 2019.

Working in academia hasn’t hindered my writing, and I have certainly benefitted from the human community involved in teaching and the intellectual promptings of its research side.

Of course, I would have had more time to write had I not been a university teacher, but I’m not even sure that writing all of the time is good for inspiration. Instead, the variety of my working days can be very helpful when needing to lie fallow or avoid becoming obsessive. I’ve been writing a lot of poetry recently as a result of the ‘interesting times’ in which we live following the 2016 referendum, and have a growing typescript called ‘Ravishing Europa’. It’s a sustained, sad and angry elegy, for a future snatched away. At the same time, I am attempting to make headway on a kind of campus whodunit, which I hope will somehow manage to be a tragi-comic exploration of marketization and austerity.

Writing is a long, hard, struggle to complete work that others might enjoy and then to find ways of making it available to them.

You, then, have to be both very sensitive to what’s going on around you, and simultaneously hard enough to survive all the rejection and competitiveness that goes with it.

When I meet people who are already motivated to follow such a course, I do try to support them insofar as I can. Only recently have I come to know Limerick as a place for writing with the establishment of the Frank McCourt Professorship and the new MA in Creative Writing at the University. But I’m really struck by the respect for writing here. Limerick is set fair to establish itself as a very important Atlantic-coast focus for writing and writers in future years!