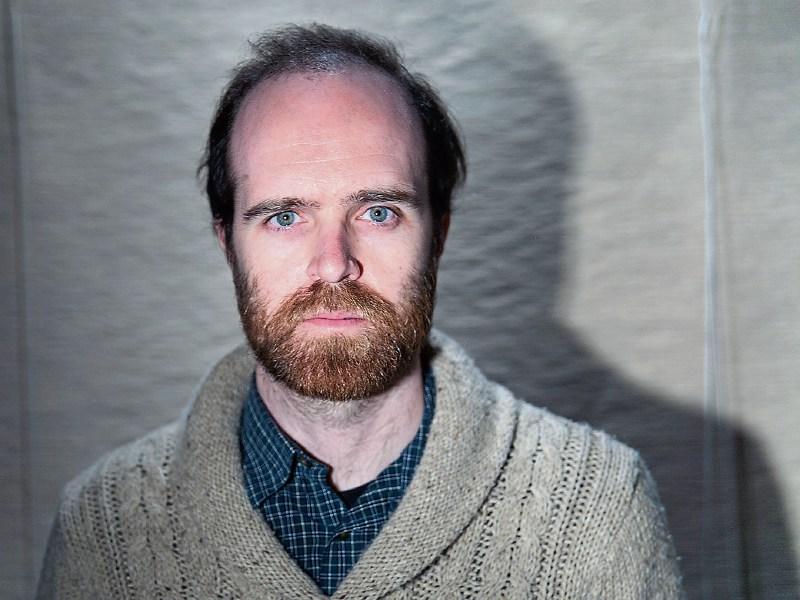 Born in Sutton, Co Dublin, today, I am both a Composer and a Producer and live with my fiancé, Michelle, and our daughter, Méabh.

Both my primary and secondary education took place in Sutton. Later, I received a BA in Film from the National Film School at Dublin’s Institute of Art Design and Technology (IADT). I also hold an M.Phil in Music and Media Technologies and a PhD in Composition from Trinity College. Indeed, I have been making electronic music now for over 20 years and am lecturing for over a decade. Currently, I am most involved with the ‘Spatial Music Collective’ (SPM), which is based in Dublin, and organizes concerts for Channel 8 Music. Our upcoming concert is part of the ‘Sounding Out’ Space Conference running from 2-4 Nov at the Dublin Institute of Technology’s (DIT) School of Creative Arts, at the Grangegorman Campus.

Previously, I was based in the USA for four years, both in San Francisco and New York, returning to Ireland only in 2013.

Today, I work between Drumcondra and Limerick and am a faculty member of DMARC (Digital Media Arts Research Centre) at the Department of Computer Science and Information Systems, University of Limerick, lecturing in Digital Audio. I am also part of a co-op studio residency at the National Concert Hall in Dublin. My chief musical ambition is to always challenge what I did previously. Indeed, each new idea that I have tends to bring about a consideration of how I can present it differently. Sometimes it is a reaction to a piece, and at other times it is a more of a direct interpretation. With commercial-based projects, you are sometimes told directly what to do or even what the client wants from you. This can be restrictive in terms of collaborating with others. It is always best, therefore, to let the artist work with the theme initially, and then provide guidance afterwards.

Áine is part of a contemporary dance scene here in Ireland and her work is very inspiring. ‘Medicated Milk’ is a re-telling of the life Lucia Joyce, the daughter of celebrated Irish writer, James Joyce. One of the first things I learned about Lucia was her passion for modern dance. She trained in France with Raymond Duncan (brother of Isadora) and performed with a group of female dancers called, ‘Les Six de Rythme et Couleur’. At this time she created her own choreography and received critical acclaim from the Paris Times. Sadly, Lucia’s career was cut short due to supposed mental illness but the details around this seem somewhat undefined.

I had known of Áine Stapleton’s work for quite some time and was always interested in collaborating with her.

Once the opportunity came up to produce the event I was very happy to be part of the team. At first, it involved developing a working relationship, but then I was given a very open platform to create ideas for the piece, working together, shaping these pieces into more concrete ideas. Throughout this process, Áine was very open to me interpreting her ideas in a flexible way. In the end, I wrote and recorded an original sound score for ‘Medicated Milk’, which will be screened during the Festival in Dance Limerick on Saturday 4 November at 4pm. This year’s festival programme offers the most exciting line up of artists yet, featuring world-class dancers, filmmakers, visual artists, and musicians from Ireland and as far afield as China and Iran. Highlights include works by Aernout Mik (Netherlands), Harun Farocki (Czech Republic), Cindy Sherman (USA) and Amanda Coogan (Ireland). The festival will feature live dance and music performances, exhibitions, film screenings from an open call submission, workshops, a festival symposium, talks and much more.

I tend to get inspired by lots of non-musical entities, for example, books, films, dance, and theatre.

When you work in audio, it is always good to distance yourself from it somehow. That said, a love of music and sound, with its mysteries and the need to understand the profound effect it can have on people, is vital to what I do. For example, recently, I have worked with the director Lorcan Finnegan on his feature film ‘Without Name’ which was great. I, also, worked with the director Eoghan Kidney on a number of Virtual Reality projects. In fact, I have a number of collaboration projects upcoming, with an emphasis on installations but I am bound to secrecy.

By now, I have a large discography of work (over 20 releases in fact) and have been involved in multi-media, experimental, electronic, and electro-acoustic music, for the past 20 years.

I have also had the pleasure to tour extensively in Ireland, Europe, Australia, Asia and the USA. Indeed, my work has been shown/performed at the Résonances Festival @IRCAM Paris, Kunsthalle, Berlin, Massachusetts Museum of Contemporary Art, and the Institute of Contemporary Arts, London. I have also held residencies at the Massachusetts Museum of Contemporary Art, and the Swedish Institute of Electro-Acoustic Music, in Stockholm (EMS), Sweden. As a Composer, I have written for solo, duo, string quartet, large ensemble and orchestra, along with mixed media projects. I have also worked with the ‘Bang on a Can’ ensemble and David Crowell’s ‘Philip Glass’ ensemble!