Cosmopolitan singer, actor, and performer with a passion for the works of Frank McCourt 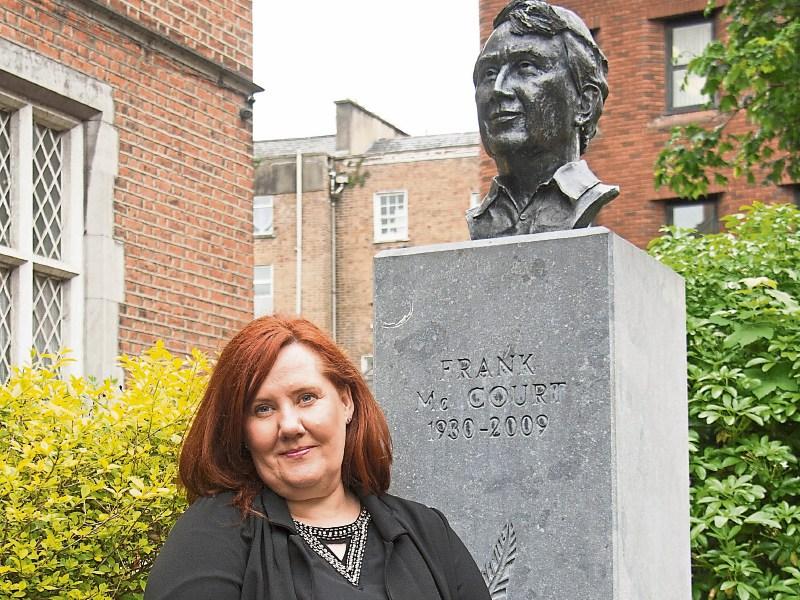 Born in Limerick, Granville Park to be exact, my two triplet sisters, are Jacqueline and Elaine.

Much to the shock of our wonderful, ever patient, parents, Jack and Dolores, they only found out a week before, that there was another nipper on the way. Our poor four year old brother, Michael, didn't know what hit him. However, I think that he must be used to us by now. We girls started our early education at St Brigid's primary school and then went onto the Salesians secondary. Here, we were introduced to the entire first years by our headmistress, Sr Bridget, as ‘her triplets’.

My greatest single influence growing-up was my late grandmother, Mary.

She was the only family member to be an entertainer, and I adored her. Seeing her bring so much joy to others, through her voice, was to me as a child and to date, a magical thing. She encouraged me in both art and singing and that is what I pursued. Singing and acting on stage or on screen, and writing, are for me, an opportunity to share in someone else's story. They, also, offer a rare insight into a time in which we may not have lived, layers of people whom we may never see again, and emotional journeys and struggles through life. These can all tell us stories that we may relate to and learn from. Everyone has a story, especially in today's day and age, so we must remember that to be kind is a necessity and we must help whenever we can.

When our time was finished in secondary school we all went our separate ways to further our education-with myself taking the creative path.

First, I went to the Limerick College of Art and Design to study Graphic Design. At the same time, I secured my first professional singing role as one of the Bunratty Castle Entertainers. Later, at a cross roads in my career, I decided to go to London and study at The Mountview Academy of Theatre Arts taking their one year Postgraduate Course in Musical Theatre. A lot of my training before then was with; Centre Stage, the Cecilian Musical Society and the Island Theatre Group. It was with the latter that I undertook my first professional play called; 'Pigtown', which will always have a special place in my heart. Thereafter, Limerick people showed their true colours and supported me through many a fundraising concert, dance and raffle. I will never forget their kindness; hence, my door is always open for advice to any fellow Limerick men, and women, wanting to follow their dreams in London’s West End.

'The Irish looking out for the Irish', seems to have been, and still is, a recurring theme in my career both home and away.

For example, I worked alongside Linda Nolan in, ‘Blood Brothers’ and we are now lifelong friends. Conleth Hill was a fellow performer in the original production of, ‘The Producers’, not to mention the great Whoopi Goldberg in, ‘Sister Act’. All three productions were staged at the West End. Whoopi, although not Irish herself, did inform me that she had an Irish boyfriend for seven years, and later joked, after meeting my parents, ‘your father, I could have taken a bite out of him’. This was much to the embarrassment of my Dad but hysterical for both Mam and Myself. Sheila Hancock, also in ‘Sister Act’, on our first day of meeting told me; ‘if you do get on for Mother Superior you must do her Irish, as I tried but failed miserably’. During Limerick's City of Culture year, I was part of the devised group for the Irish Times Award nominated production of, 'On the Wire', directed by Terry O'Donovan and produced by Marie Boylan's Wildebeest Theatre Company.

The last time I performed in London was in a production called ' Everyman'-a morality play at The Royal National Theatre.

To be asked to work there was, and is, a major bucket list tick. We were involved with ‘Rep’ (Repertory Theatre) which meant that we weren't performing every night, as other works were being performed in rotation. So, I set myself little tasks to see what else I could do, if anything? In fact, I applied for the MA Degree in Creative Writing at The University of Limerick under the wonderfully kind Professor Joseph O'Connor. He invited me out to New York to attend The Frank McCourt Creative Writing Summer School. I couldn't attend at the time as I was involved in another writing workshop but hopefully in the future I will do both.

Recently, I was offered the part of Frank McCourt’s Grandma in the long awaited production, of ‘Angela’s Ashes-The Musical’, at Lime Tree Theatre.

The production was to make its international première in Limerick before going-on to Dublin’s ‘Bord Gáis Theatre’, followed by ‘The Grand Opera House’, in Belfast. I researched the part by listening to old stories from my parents and many a friend from ' The Block ' in O' Curry Place. For example, my late Grandmother, Mary, used to bless each room with holy water before bedtime. Later, director Thom Sutherland passed this tale onto Clare Barrett who took over the part of ‘Grandma’ when I had a health scare prior to the show opening. Nevertheless, I have made a full recovery since and with Frank McCourt having a special place in my heart I hope to do the musical at some stage in the future. Indeed, the New Year already has me pencilled-in for three roles pending funding and availability. To paraphrase Frank McCourt himself: ‘Sing your song, dance your dance and tell your tale'!