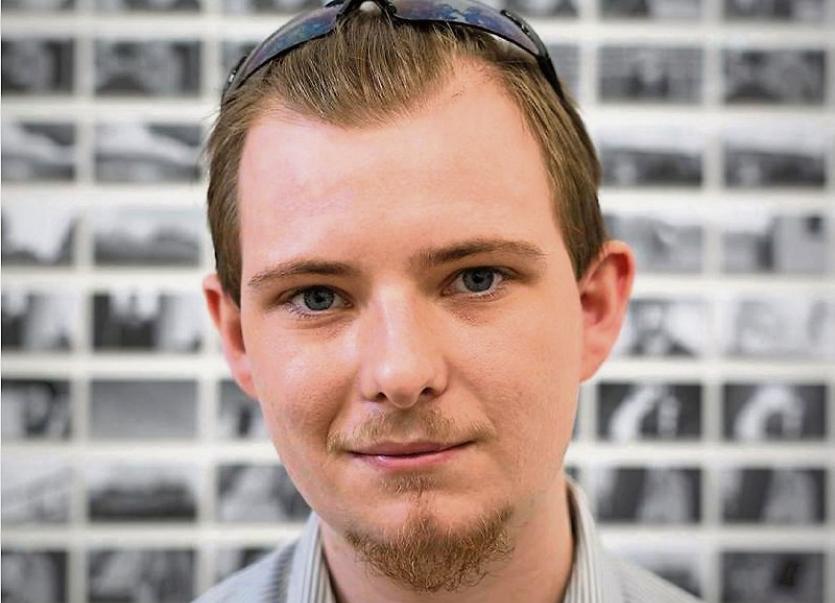 Born in Currow, Co Kerry, I always wanted to go to art school after growing-up watching and admiring animation on TV’s Cartoon Network.

Indeed, I still watch cartoons every day as an adult. In the past, if I wasn’t watching cartoons I would be doodling and sketching in my primary school books which didn’t impress my parents nor the majority of my teachers. Later, in my teens, I moved from traditional art to digital illustration allowing me an opportunity to experiment with animation. Subsequently, I attended Limerick School of Art and Design (LSAD) graduating with a BA in Animation and Motion Design (2017).

At the time animation wasn’t seen as a good job prospect and I ended-up getting work experience as a sculpture in remote Knightstown, on Valentia Island.

Though sculpture wasn’t my passion I learnt a lot there which has really motivated me to be a professional animator. Indeed, while there, I worked with internationally renowned sculpture Alan Ryan Hall who taught me a very important lesson. That being, if I truly wanted to be part of the art world, I needed to be able to draw and to draw well. If you can’t draw you can’t do anything. As harsh as that may seem he was dead right.

Going to LSAD has been one of my greatest life adventures.

For example, as part of our Graduate Show (Be-Cause) I created a six minute animated film entitled; ‘Life After Text’. This was very well received by the general public who saw it. As a result, I have plans to enter this film into a few Film Festivals around Ireland, like the ‘Kerry Film Festival’, and the ‘Richard Harris International Film Festival’. A college education is vital for anybody considering a career as an artist or a designer today. My time at LSAD certainly helped me to develop the necessary skills required to be a proficient animator. Additionally, Art College made me appreciate art and animation from a professional standpoint, and in doing so, opened a clear career path that I could follow.

Animation isn’t something that you can pick-up casually and instantly rather it is a professional skill that requires time to master.

College is the best possible place to study and to develop those skills in the area that you are passionate about. As an animator being able to draw is only one of the many and necessary skills needed in perusing any Artistic endeavour. Today, not only am I called upon to draw the same character thousands of times over I also need to write stories, create scripts, design characters, and the worlds that they will exist in. So, animation isn’t just one skill any more, instead animators need to have a general understanding of animation production whilst specialising in specific aspects of it going forward.

The craft of the animator is about more than just making pictures move.

Instead, it is about the marriage of different elements and combining them to create a living breathing world. It is here, that your characters live and their life stories play out. Getting the inspiration for animation can come from anywhere. For myself, I find a lot of my visuals are influenced by other artists, mainly illustrators and painters. I subsequently try to put their style into motion. As for the stories, I usually get inspired by looking through random but well composed photographs. These have no real significant meaning until I write my own story for them. It’s an interesting way to write as it allows for a lot of creative licence and scope which is vital for good animation.

As well as its internationally recognised Art College, this City has a history of constantly supporting the Arts. The Hunt Museum, Limerick City Gallery of Art, The Belltable Arts Centre, and many other places in Limerick City, have succeed in enlightening and engaging with the public through the arts. There is a wealth of creativity here and ample opportunity for any artist to make a name for themselves. In fact, as a proud Kerry man, Limerick has been very good to me over the years and has supported me in all of my artistic endeavours. Being an artist was never going to be easy and I knew that from a very young age.

People, who want to be animators, artists, or designers, should take the chance, especially those who are finished secondary school and are now thinking about going to art college.

There is an abundance of courses being offered at LSAD, and huge potential for those who graduate. Speaking as a recent graduate myself there are plenty of job opportunities all around Ireland in the Animation Industry. Additionally, there is promising potential to work as a freelancer and be your own boss. Now that our economic climate is improving and recovering well I would encourage potential artists and designers to ‘strike while the iron is hot’, get your education and search for a career in your chosen field.