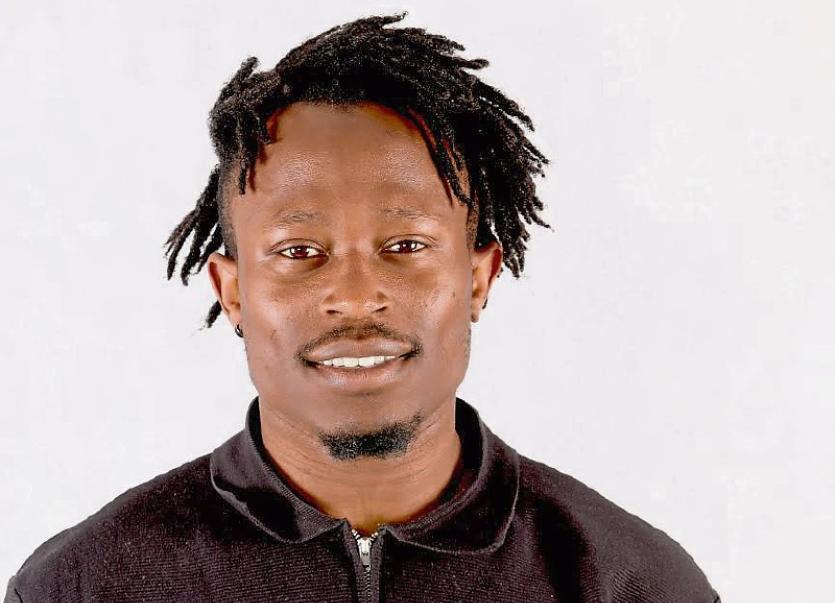 Born in Lagos, Nigeria, I came to Ireland at the age of ten and lived in the South East of the country.

For the past three years though, I have lived in Limerick and currently reside in Shannon- vale. I went to primary and secondary school in Carlow and completed my third level education at Waterford Institute of Technology, graduating with a BSc in Applied Electronic Engineering (Hons).

At the age of 15 years old I saw a street dance film called ‘You Got Served’, and to my complete shock, I found that I could imitate all of the moves by just seeing them.

In doing so, I surprised both myself and also my friends. Then myself and my best friend decided to enter an ‘open mic’ but as a dance duo. In the audience was a dance teacher and she invited us to come to her dance school and share our cool moves with other kids there. I was then completely engulfed in the world of dance, seeking training in street dance styles such as; B-Boying (Breakdance) and Hip-Hop (Party and Social Dance). Having moved to Waterford for College, I then met another dance teacher who really invested in my career. Indeed, she took me to the Broadway Dance Centre in New York City for further training in these styles for a year. While there, I met with the pioneers of modern dance and gained a greater insight into Hip-Hop culture as a whole. I was one of the founding members of the Street Dance School ‘BreakBeat’, which sadly closed its doors a few years back.

By now I have been dancing for over 15 years, in the process making a name for myself, both nationally and internationally.

I have taught the finalists in Class Act (2006) and the All Ireland Talent Show (2009), which were both aired on RTÉ-2 National Television. I also got through to the live shows on the dance series, 'Got to Dance' on Sky-One TV, won the Hip-Hop All-Ireland Crew Championships for three consecutive years, eventually representing Ireland in Las Vegas. Together, with my break-dance crew, ‘Recession Squad Ninjas’, I recently represented Ireland in an international competition in the Czech Republic, where we came sixth overall in the World. I was, also, part of the core assembly for the 1916 Easter Rising Commemorations in Croke Park with TG4 and Tyrone Production Company Laochra. A guest speaker at the first ever dance conference curated by Dance Ireland, I was subsequently invited to give workshops, and to perform at world renowned festivals, such as the Electric Picnic, Imagine Arts Festival, and Dublin Dance Festival. Over the years I have also appeared in the US hit TV show ‘Penny Dreadful’ as a movement artist, in multiple Music Videos and even TV commercials. Only last month I curated the First Street Dance Battle (Top 8) as part of Dublin Dance Festival (2017).

A contemporary dance teacher in Waterford once told me that my movements were readily translatable into other styles.

She helped me to find the perfect blend between contemporary dance and street dance. Indeed, she curated a number of works that I was part of back then. Since then, I have worked and collaborated with many contemporary companies and individuals. This has included a recent week long dance residency at Dance Limerick, with one of the University of Limerick’s lecturers on the MA Dance Program. Street Dance specifically draws a lot of its influences from traditional dance styles while paying homage to them. In B-Boying, for example, you can see a lot of influences in ‘top rock’, ‘down rock’ and ‘floor rock’. This is true for Hip-Hop (Party and Social Dance) also. Indeed, a video by TED tells the full history of African-American social dance, if you would like to learn more about these influences. Dance is evolving all the time and it will only keep evolving whilst still maintaining these roots.

Internationally, dance is usually well received and is viewed in many countries as a profession, where you can make a decent living.

Street dancers are still finding it hard to be seen in that same professional category, though. In fact, here in Ireland dancers find it difficult across the board regardless of what style of dance they choose. However, in recent years more platforms are being created mainly due to help from the arts council locally and nationally. Street dancers are only starting to get some recognition, as this style has been viewed as a lesser art form within the general dance community. Fortunately this is changing, and the new Irish Street Dance Association (ISDA) are at the forefront in pushing and supporting street dance on a professional level now. Today, I am one of the core members of this association. Indeed, B-Boying is now part of the Youth Olympic Games (2018).

Currently, I have a few interesting projects in the pipeline.

One of most interesting of these will be ‘Summer Dance Fusion’ (for ages 13+). It promises to be energetic and lots of fun. So, I would advise any parent reading this to get in touch with Dance Limerick. In addition, if you want to learn DJing, Graffiti or Breakdancing, there is a monthly Hip-Hop Street Jam at Chez Le Fab, (5pm till 10pm), organised by Boombox Nation, Barry Burke’s Limrockers Crew, Local Graffiti Artists, and Parents, (see our Facebook page @Boombox Nation)!

Tobi Omoteso and Justine Doswell, (Dublin Youth Dance Company), will be leading the Summer Dance Fusion - Dance Project from August 8 –18 (10am – 3pm) for young people aged 13 and over. They will also perform on Culture Night 2017. Booking is essential. For more information please see: www. Dancelimerick.ie or telephone: 061 400994.